"We shall not say goodbye, for you are not gone. You all live forever in our hearts," Jacob Zuma 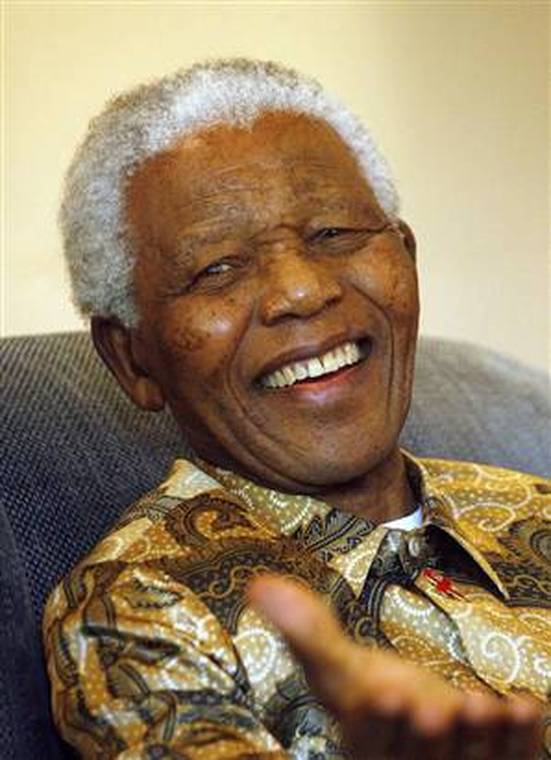 Nelson Mandela
The South African president, Jacob Zuma, said what was in the heart of millions of people across the world, "We shall not say goodbye, for you are not gone. You will live forever in our hearts," at the final farewell for the former South African president, Nelson Mandela, in Qunu.
People say that what has become manifest that the life and death of Mandela have confirmed, by the endless eulogy to the departed freedom fighter, it is that something good do come out of human suffering.

Mandela
South Africans and the world are celebrating Nelson Mandela, the world icon and former South African president  with an open air memorial service in Johannesburg.
Singing and dancing have been parts of the celebration that has accompanied his passage and has continued almost unabated until Bishop Desmond Tutu takes the microphone and urges the crowd to show discipline, reports reveal.
Mandela died December 5 at the age of 95 after a protracted illness. He was hospitalized and later returned home, where he passed peacefully.
The funeral program that  begins with a memorial service with attendance of many world leaders will continue through to burial in Qunu, his hometown, on Sunday.

The idea to write about my struggle for education and survival first occurred in 1992, following a review of Fate's Choice, a book I self published after my eldest brother's assassination in cold blood on October 19, 1986. Fate's Choice review by a magazine had drawn attention to why children should not be denied education based on poor parental background, the reviewer's comment derived from a brief mention I made about how I lost the opportunity for high school education.
Informed by other experiences and conviction that higher education had not eluded me, I started notes on the subject after I arrived in the United States in 2002. Work on the manuscript began in 2004. The Nigerian side of the story was half completed by the time I secured admission in Mercy College in 2007. And I realized it was quite a long way from 1969 when I completed the elementary education and there was no money to pay for my high school admission. (Read  More)

Margaret Thatcher, former British Prime Minister, popularly called "The Iron Lady" was accorded a beffiting burial where Britain bid its first female Prime Minister good-bye.
Thatcher died of stroke on 8 April 2013 at 87.
As a politician, Thatcher did not just broke the glass ceiling in the United Kingdom's politics, she brought rare charisma, sense of purpose and actions people yearned for  into governance.
She raised the women's voice to be heard and be respected. 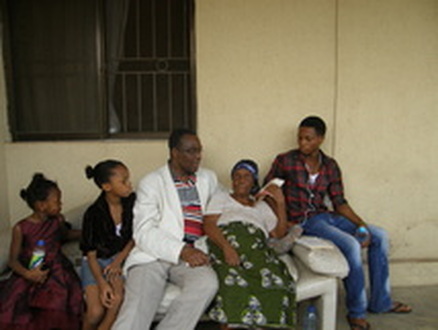 Burying a father or mother is a reminder that one will one day be passing through the same path, to be buried by one's children or loved ones, where there isn't an offspring. It is one power exercised by the creator that no science has been able to challenge. (Read on)

Courtesy: Digitalethos.org
She had seated for three hours in a public hospital's reception. Having waited for long after she was attended by a nurse preceding her time to see a doctor, she walked to the reception desk and talked to the receptionist. "Why is it taking so long to see the doctor?"
"When is your appointment" the receptionist asked. " Eleven." she responded. The receptionist checked through the the doctor's list and got back. "Weren't you told the doctor wouldn't be here until one?" The patient said no one told her. Of course she had waited for two and half hours, and thirty minutes. Barely thirty minutes for doctor's arrival. No choice than to say, "Time, time, save my time."

A shop keeper attends a customer and a letter delivery man arrives in front of the store. The shop keeper mindful that the letter man had once put a package that belonged to him on the floor on a weekend  and a good neighbor took it off the floor and delivered to him the following Monday.This day, the letter man repeated his act, placed a package on the box that had no lock and went away. After attending to the customer, the shopkeeper took a look at what the letter man left on the box. "See what I would have lost." "Why didn't he give me?"

Give Music, Not Discord

Nikki/Mariah(Courtesy: Radar online)
"If music be the food of love, play on," Shakespeare wrote of Orsino who was sad when a lady he wanted her love would not requite his love. Öbservers say the two American Idols' judges ought to know music isn't food for discord and should save the public from their excesses, give music and not discord.

News of train wrecks in Cairo, Egypt,  have become constant and with large human casualties, which Egyptians are no longer taken for granted and they go after the country's prime minister who escapes the crowd's wrath at the scene of accident. 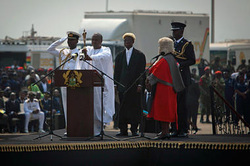 President
John Dramani Mahama, second left, takes
the oath of office during his inauguration
ceremony, in Accra, Ghana, Monday, Jan.
7. President Mahama was sworn in Monday
for a new four-year term in the West African
nation's capital of Accra after winning a
closely fought election in December.
NEWS AND FEATURES
News & Features Around The World