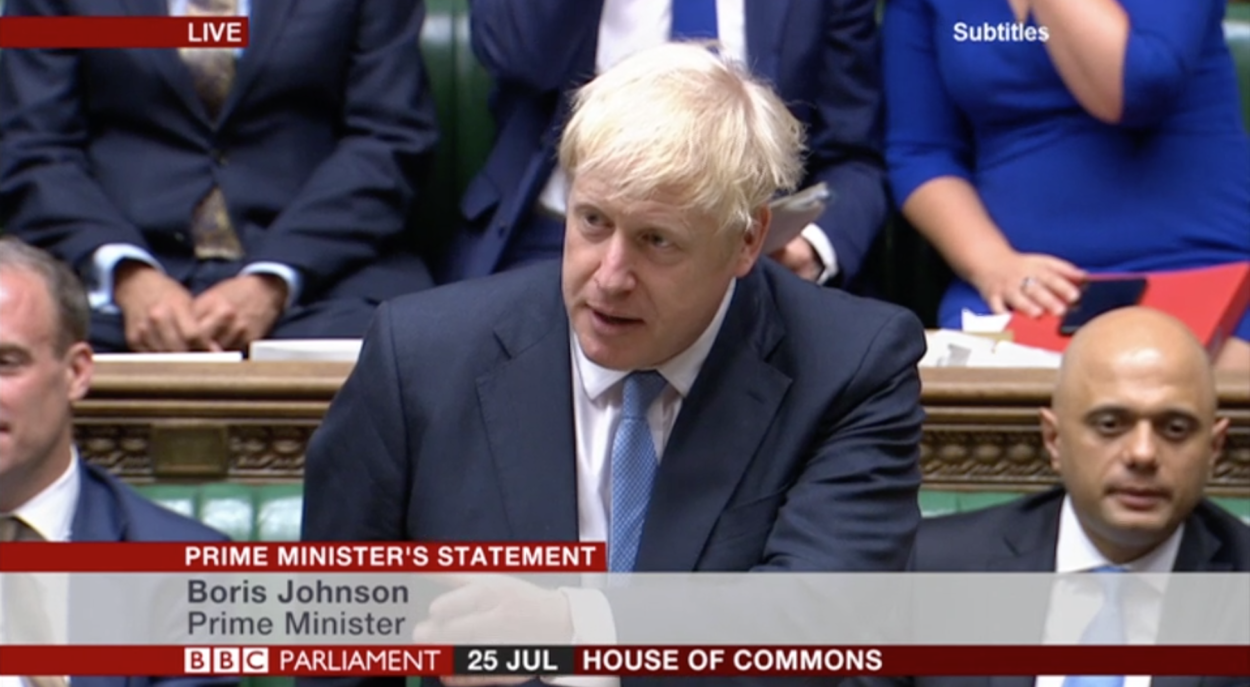 Boris Johnson became Britain's minister with a reminder about destiny based on famed Williams Shakespeare words that some are born great, some have achieve greatness and some have greatness thrust on them. How can Boris be placed in the Shakespeare's context? Is he born great?
Has he achieved greatness or has greatness been thrust on him? The answer to these questions almost emerged from public perception of him on announcement of his emergence as Britain's new leader, showing that humans at times err on judging what a person can do or not do based on their own perception.
We forget that every human being wants to be acknowledged for greatness. And that some succeed at being so acknowledged, and some may work very towards achieving greatness and not achieve it, while some others are great by birth or by sheer luck. But in these days, there are people who squander the greatness through birth or luck.
And so news reports said Boris was  a journalist and one who loved announcing to potted plants his discovery anytime he uncovered a big breaking news story. As a journalist, Boris is reported to have said he does not have the mind of succeeding as a top public office holder. Despite that he was a mayor and foreign secretary before he became a prime minister, and nothing was said about his failure based on practicality. All we have heard about him that people say make him unfit to be prime minister is his public mannerism. .
If Boris was a flop as a mayor, he probably would not have been deemed fit to be  chosen as a foreign minister, and If he had failed as a foreign minister, he would not have being picked by his party at this time to lead Britain.  Some observers think Boris is not fit for the prime minister's office against heaven's decision and they are using Boris words against him. And some have asked what has that to do with heaven's decision to elevate?
They ask whether Joseph had any success in practice other than a wish to avoid a sex trap and still found himself in jail in Egypt from where he was brought out to manage the affairs of the land at a very tough economic period because destiny beckoned? Should not questions be asked whether Boris would succeed where Theresa May has failed than opinions based on negative perception of his manners?
Boris can be anything more than he has been negatively described. Of course, there are people who have positive opinion of him. The important issue is that Boris has a job and the immediate assignment is to deliver on the Brexit agenda. Though, May was not so negatively portrayed in the media, and she failed to deliver on the Brexit agenda. Or was it the British civil service that failed or the entire British nation, and May only took the discredit because the buck stopped on her desk?
Boris knows from inception that he has to convince the public that the British civil service and the entire British nation are capable of little things like making Brexit a reality and that he will save Britain from being the world's laughing stock for the inability to deliver on Brexit. It means that Boris must work to rally the entire British population to work together to achieve Brexit for the credit to come to him, because the buck stops on his table
And that may be why Boris has begun to motivate the civil servants and the entire British public about the job ahead of them and not only him. But that as the leader, he would lead and that whatever happens he would accept responsibility. He began by saying he would hire 20,000 new police officers to save Britain from knife welding criminals.
Certainly a good statement and a good beginning, aside from knowing that the people are the leaders, and that politicians elected by the people are servants. Destiny has run a full circle in Britain, beginning with a referendum for Brexit, David Cameron's opposition to Brexit and his consequent resignation that paved way for May. And with May out of fortune following her failure to deliver on Brexit, the same destiny has decidedly placed Boris on the center stage.