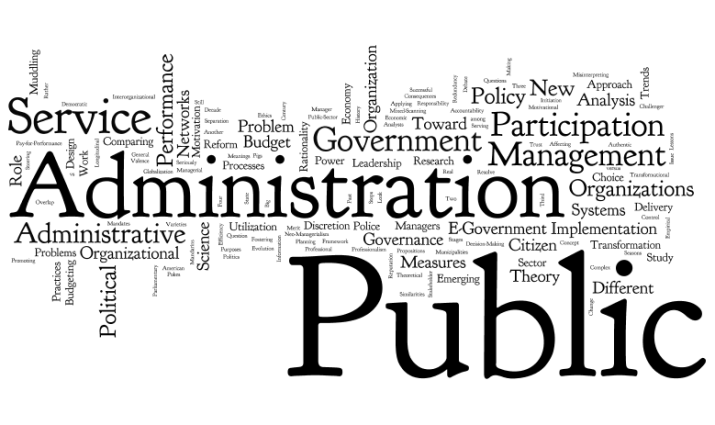 Photo (Courtesy: Assignment Point)
Introduction to Public
Administration
What is Public Administration? According to Luther Gulick in "Public Administration – An Introduction," by Marc Holzer and Richard W. Schwester, it is the act of planning, organizing, directing, coordinating, recruiting, and budgeting.
It is the first question a student of Public Administration is required to answer. The first agreement is that government exists at every level of the community, and government requires enormous resources to execute programs.
The government provides a whole lot of services. Sources of revenue and expenditure come next. The discussion veers off to the sovereign nature of government and powers to exercise authority. Government exists at the federal, state, and local governments. They all collect money from different sources and spend the money for the needs of the people. The critical issue is that government implements and delivers services and expects to be accountable. The core of the introduction to public administration is touching all areas that would later focus in different classes leading to learning about confronting complexities and creating unity of effort.


The Public Policy Process
When you see something, say something is a hybrid form of the public policy process to introduce problems that require attention. First, it explains the importance attached to the need for Congress to know problems it is appropriating money for the solution. Models, theories, and frameworks guide lawmakers to arrive at an equitable decision in tackling and solving problems in the public interest. The process is described formally as a statement by the government on issues. According to Thomas A. Birkland, “The statement may emerge in the form of a law, regulations, order, ruling and decisions or a combination of this.”
Congress does act alone on policymaking without interaction with public members. But beyond the models and frameworks is that these lawmakers represent various constituencies. Members of their constituencies bring information about problems in their respective constituencies to Congress for a solution through their representatives. The media is relied upon by Congress to report severe public issues. In learned of official actors. They are held accountable by the media and others who are unofficial actors. I learned about how the national and the state players spar over issues and how the congressional acts of cooperation lead to bipartisan actions in the public interest. And I learned how the lack of collaboration threatens the public interest.


Administrative Ethics
I learned the standard of behavior as a public officer towards democratic accountability in the public interest. However, the knowledge I acquired from the administrative ethics class is much more than behavioral tenets and office routines. The course also teaches Leadership and Appreciative Inquiry, AI. The leadership lesson is thoroughly about how to lead and achieve positive results. I learned the benefits of being a team player and leading by example. Teamwork means collaborating with others to achieve desired outcomes. Lesson notes from the leadership classes show various corrupt acts of leaders worldwide as slips which prospective leaders must avoid. According to Craig E. Johnson in Meeting the Ethical Challenges of Leadership, leaders that do the right things cast light, and those that do the wrong things cast a shadow. The AI teaches an in-depth lesson in reaching out, teamwork, and collaboration. Every member of staff is considered an asset solution to problems. It shows an instance that a junior team member who has experience in the process resolves an issue that has defied the efforts of highly placed officers. Above all, I learned to be a responsible administrator and avoid all that align with conflicts of interest as expected of ethical officers.


Human Resources Management
The course teaches that people are assets requiring sensible handling in the workplace. I learned about various laws enacted to ensure equal employment in the country and to achieve diversity. The fundamental reason was the changing demographics and increasing diverse population. However, this also transcends the public and non-profit organizations. I learned to interact culturally in responsive ways and productively in a changing and diverse workforce and community as taught by Professor Kyle Farmbry in the Capstone class. I grasp the history of developments leading to various promulgation of laws towards equal employment opportunities to discourage discrimination against sex, disability, and age. I understand the balances needed in recruitment, selection, training, development, compensation, retention, evaluation, promotion, employees benefits, and labor-management relations. I have acquired the knowledge required to operate in various areas of human resources management: from managing recruitment to handling benefits and labor relations management. The lessons cover human resources management in the public and the non-profit sectors.