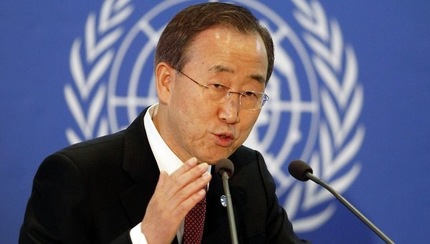 Distrust among people is almost becoming larger than life and this is manifestly having negative effect on human fellowship all over the world. From London to Syria to Malaysia to South Africa  to Libya and the United States, the wall against fellowship has become almost thicker than the Berlin Wall before the collapse of the latter.
The distrust all began somewhere before the attack on the World Trade Center in the US, and after the attack on the World Trade Center, the suspicions among people of different cultures and religions have become so pronounced that one will think that calling the world a global village is only a mirage.
There is nothing that show demonstration of fear and suspicion that currently exist  among people of different culture and religion in the world more than the recent argument over whether or not to take in Syrian Refugees, following the downing of the Russian aircraft and the attack on Paris.
People have forgotten about Shakespeare's words that death will come when it will. The reason is clear. No one wants to be killed the way some of us have been violently killed. The killings have given way to discussions about certain people hiding under the guise of certain religion to commit atrocities. The statement became clearer in the British Prime Minister's words to the parliament before the country's began its assault on the ISIS's installations in Syria. Moslems have said that Islam is not a violent religion and that those using the name of the religion to attack others are not Moslems.
Hillary Clinton, the Democratic Party front runner in the US presidential campaign said that Moslems too are asking what could have caused a young man and woman with a newly born infant baby to embark on a suicidal journey witnessed in California. The fact that the attack has now been linked to terrorism and that they may likely have been influenced by the ISIS has raised the bar of viewing Moslems and their religion as antithesis to peace as already said by one commentator that all the time it is Moslems that are found attacking others compare to other religions that people never hear their adherents attacking other people.
Still, Moslems, especially close associates of the Farooks, including family member, have started like others before them, exonerating Islam from evil. They say Farook was a peaceful guy and no one can say how it turns out he has to abandon his six months old baby and promising future to get smoked out in a gun battle with police, after killing 14 people and injuring scores. An assistant Imam in the Mosque Farook was said to have been a member said he was shocked, when police showed up in his house with a gun drawn asking questions. Another had said that he was born and grew up in the locality and that he did not expect to be treated as if he was a foreigner the US, expressing shock over Farook's show of disgust.
The suspicion that has grown so thick among different people is also often manifest anytime there is an attack associated with any of the international terrorists' organizations and some leaders of world are heard saying such attack is against the civilized world. The question that arises is which is the civilized world and which is not the civilized world? Nigeria is under attack by Boko Haram with allegiance to the ISIS. Kenya has been under the attack of Somali based terrorists for sometime and so also is Mali. Are these countries also part of the civilized world or is the civilized world just the western countries? The answer to this question shows that deep seated ethnocentrism is partly the cause of the trouble among people of different cultures and religion threatening to set the world ablaze. (To be continued)
NEWS AND FEATURES
News & Features Around The World