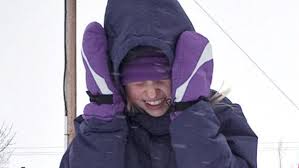 People in the North East of the United States welcome a brutal cold weather on Monday, the first working day in the new year. Virtually, everyone who travel from the house to the office or from the office to the house has a bitter compliment about the frigid cold weather accompanied by a guzzling wind.
The bitter cold compelled Governor Andrew Cuomo of New York State to order that homeless people be taken out of the streets, even if it requires using the police to force them out.
All through December, many people have complained about the unusually warm weather at that period of the year, when the weather has been expected to be at least  cold if not  bitter cold. The weather at 70 degrees in December, many people said, was highly abnormal. They said it was possible that the weather may have some surprises waiting to come in January.
"Haa, too cold, too cold outside. Not good, not good. Too bad, too bad, a woman chorused as she pushed her way through the cold and entered   through a door into a warm shelter. This was characteristic of virtually everyone who ventured outside in the cold on Monday. It doesn't matter how many layers of winter jacket one wears. It was a bitterly penetrating cold.
At 19 degrees or less on Monday, having fallen from a height as high as 60 - 70 degrees in December, New Yorkers braced with what seems like a new development. Some people charge that since there have been complaints about the weather being too warm in December, people should not complain that the damaging cold has eventually arrived. It is not that bitter cold is rare here. But that people seems to have got used to the rare warm in December and finding the sudden change difficult to embrace.
Some people said that the cold would be worse on Tuesday. But the weather forecast said it would be a little bit high around 31 degrees. It thus means that since people have figured that it would be colder on Tuesday, there would no taking chances. People will come out in layers of jackets to fend off the cold effect. One guy said he doesn't follow the weather forecast, but dresses warm everyday, because the weather has a manner of changing from hour to hour. He said he doesn't care what people say about the likely effect of dressing warm when it seems warm and not acutely cold yet.
"It was 74 degrees two weeks ago, bring on the cold. I am ready for it. I want it," another guy choruses as he exit his place of work. And now that the cold has eventually surfaced, it is hoped that flowery plants that that have been mistaken the December warmth for the Spring will adjust to the new weather and not sprout again. All said, people have resigned to fate because according to many,  humans we are journeying through a system they have no power to create or change.
NEWS AND FEATURES
News & Features Around The World