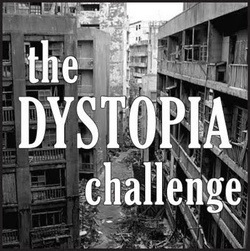 Sunday Adeniyi, popularly known as King Sunny Ade, the Nigerian musical maestro sings in Yoruba language that sorrow is limited for whoever has cassava millet to soak in water and drink, and that if hunger is eliminated, poverty level will be minimal. He sings further that money is something that hasn't got lost that everyone is searching for - a reference to the important role that money plays in human lives.
The song touches on the level some people go in the search for money, and says that if we realize the objective in the search for money, it is because God has approved it. He says that according to him, having money does not require force, and that God is the one who crowns those he wishes with the possession of money.
Although, not everyone believes in God and destiny, yet a large number of people believe in them. Sunny Ade's song is a recollection of a common debate among people about why people work and work with little to show for it. It is common to hear people make refrain that the money made in the city goes with the city for bills' payment. Some other people have become ardent in saying that the richer get richer, while the poor get poorer. it is not that the poor don't work, but that it is not just possible to gather the earnings and become rich. It explains that everyone working does so toward becoming rich.
Critically, the song is target at those navigating to get rich at all cost, pleading to them to desist from forceful pursuit of wealth, and followed with a prayer for God to give to each human being equal amount of money, children and well being. He then prays for God not to use sickness to lock us indoor and not allow sickness to pursue us out. The wisdom derivable from Sunny Ade's song is the inequality in human's possessions in money, children and well being. Some people are rich and some are poor. The middle class is a political creation, and the trade unions have already said they are the creator of the middle class. Secondly, a society where people have equal number of children is non-existent, and the same is applicable to being well and being sick.
Sickness and poverty are the two ills people don't want to be associated, yet people still fall sick and some are actually sickly in nature. Poverty can still be managed, but nobody wants endless sickness, terminal sickness, tragedy or disaster. All these things still happen, because people believe that we live in an imperfect world. Of course, if the world is perfect, there would be no poverty, no sickness, no tragedy and disasters. Everything will be cool in a perfect world. it will be a world without wars; without air crashes and without hunger. In fact the existence of hunger has made many people to question the rationale of an existing heavenly father.
They say if there is a heavenly father, why does he allow these tragedies and disasters? They ask that if there is a heavenly father, why does he allow his children to die without saving their lives? Imagine the pain and sorrow that earthly parents experience at the loss of a child or when a child is consistently sick. No earthly parent wants to lose a child or wants to see a child sick without redemption. No earthly parent wants to see his or her child without breakfast of lunch or dinner. It is partly the reason we work  to be able to make life amenable for our off springs. It is why also the reason some people will say they strive to amass as much money as possible and to protect their wealth from spilling to others, so as to have enough wealth stacked away for their children and grandchildren yet unborn.
Of course, the singer later sings in another line about the usefulness of money to the society, individual humans and that without money life may be uncomfortable. Apparently, to avoid the discomfort that arises from the lack of money, many people have resorted to getting their share of money by all means and at all cost. Happily, there are many public spirited individuals and organizations working to reduce poverty.
The latter is said to be caused by greed and selfishness. Many people also believe that for one to become stupendously wealthy, some unnatural phenomenon may have taken place. But the reality of modern day technology has proved this is a fallacy, because inventions tend to help people become fabulously rich. But the point is that it appears that the universe remains in a state of flux as it has been since creation. Nothing seems to be good here, contrary to the writings in the scripture that at the beginning creation progressed based on approval that the works were good. Adam and eve in the Garden of Eden; the competition between them and the resultant curse, the killing of Abel and by Cain due to jealousy and the eventual destruction by flood are pointers to parts of the wobble foundation work.