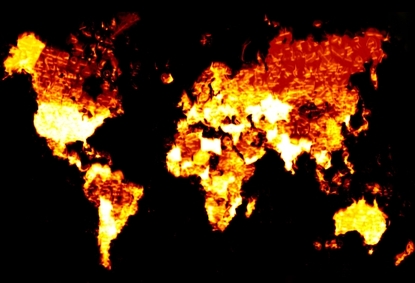 Israelis and Palestinians are killing one another; Iraques and their brothers in the ISIS are killing one another, the trouble in Syria has not been completely overturned. Ukraine, Israel and Gaza are in conflagration. The result of conflagration has given life to the saying that when two elephants fight, the grass bears the burden of immense suffering.
An aircraft has been shot down in Ukraine with entire 298 passengers gone with it; human bodies are scattered on the ground of the air crash and the blame game has also begun. It is this that arms this; it is this that finances that and it is that supports that. Doesn't observers know how the cause of the conflagration in Ukraine begun over struggle for power, territory and spheres of influence?
In this game, ordinary Ukrainian people who know nothing about the politics of power and territory have been victims. These Ukrainians have now been joined by people who are not even part of the squabble in the country. And their fault, if any, was that the aircraft they were traveling flew across a territory on fire.
Comment Box is loading comments...
NEWS AND FEATURES
News & Features Around The World