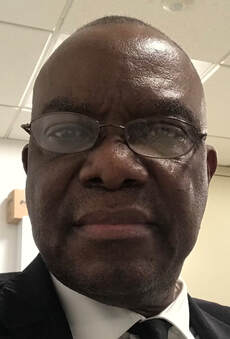 Abiodun Giwa
Running head:                    BOYS’ LUCKY ESCAPE FROM A BLEAK FUTURE                                     1
Abiodun Giwa
Professor James Davy
Administrative Ethics
SPAA, Rutgers University,
Newark, Fall 2019
BOYS’ LUCKY ESCAPE FROM A BLEAK FUTURE
Nature of dilemma:
A young girl of 12 in a Virginia school drew national attention, when she reported an unethical attack on September 23, 2019. She was reported to have accused three of her school mates for forcibly cutting her dreadlocks. Her case aroused national interest, because of the differences in her race and the race of alleged attackers. But after the accused students came under scrutiny, the girl turned around and said her report was false. The girl’s story raised a serious question about why she deliberately accused three innocent people of an attack that she knew was a hoax. She led her parents to wrongly accused the three young men of racism, raising an ethical question about her parents and her own upbringing, especially considering her a student at a Christian school, where morals based on religious teaching is supposed to hold sway. The girl’s account of her experience that had turned to be false led to multiple media interviews.
Issue:
A student in a Christian school deliberately told lies against innocent students without any cause. And her parents accepted her statement without waiting for the police to complete their investigation before immorally linking the issue.
Rules:
From a deontological point of view, the girl should not have told lies against anyone with whom one she has no interaction. She lied to her parents and the public. Her parents linked the attack on her to racism without for the outcome of police investigation. And the girl’s mother asked the school to expel the boys without confirmation they abused her daughter. She should not have rushed into judgment. It would have been sane for her to wait for the outcome of the police investigation. According to Cooper, she failed the ethical test of veracity (Cooper, 2006).
From Teleological point of view, it is sure the boys must have been impacted beyond what anyone can imagine for the lies told against them and especially for her mother’s call for the boys’ expulsion from school. The incidence obviously was one of unhappiness for the boys, their parents and the community, because of the history of racism in the country and the evil tag it connotes on the boys, the family, the school and the community. The school’s restraint for not acting on a request for the boy’s expulsion and the girl’s later confession that she lied, produced the greatest good for the greatest number (Cooper, 2006).
The lack of Justice and Fairness:
Since the girl’s mother had asked that the boy’s be expelled from school based on her daughter’s lies that the boys cut her dreadlock, she should have asked for her daughter to be punished, to satisfy Cooper’s request for a balance of commitment to equal standardized treatment for all (2006 191). The girl’s parent’s apology to the boys, their family and the community did not meet the standard equal treatment.
Application:
Teleological approach:  The girl’s confession, her parent’s admission of their own mistake and their apology, produced a great relief for the boys, their family and the community. The school’s decision to wait for police investigation outcome before acting against the boys.
Deontological approach: The girl’s parent failed in their duty without waiting for the outcome of the police investigation, jumped into conclusion and linked the matter to racism.  The girl’s mother worsened the situation by asking the school to expel the boys.
Intuitive approach: The girl should have known what her act could cause to the credibility of her school and her community and the damage to the boy’s lives. It was why restraint was expected from the parents before linking the matter to racism and asking for the boys’ expulsion.
Justice and fairness approach: There is nothing wrong for the girl’s mother to ask for the boy’s punishment, if her daughter has not made up the story. She should have equally asked for her daughter’s punishment for telling lies against innocent people to balance the commitment for standardized treatment for all.
Conclusion: The girl story about her lies against three innocent boys is scary. Her voluntary confession that her story was a hoax raised a serious question about her state of mind and much for her parent’s link of the hoax to racism. The girl would still need to be examined to know her motive and avoid a repetition, make a precedent toward saving others from her type of immorality.
Works Cited
Cooper Terry, L. The responsible administrator – An approach to ethics for the administrative
role. Jossey Bass, San Francisco, 2006, Print
Oliveira, N. (2019, September 30) Black girl who accused her classmates of cutting her
dreadlock made up story, family admits. New York Daily News. September 30, 2019, from   nydailynews.com
Comment Box is loading comments...
NEWS AND FEATURES
News & Features Around The World