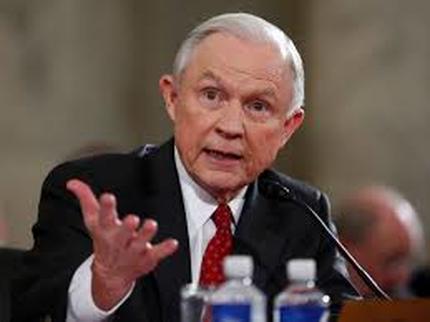 Jeff Sessions, the United States attorney general
Would Jeff Sessions survive as attorney general in the Donald Trump administration? Many people say it is a difficult question, and one which only President Trump can answer. And the president, whose views about Sessions have suddenly turned cold, said that time will tell.
President Trump is angry for Sessions recusal of himself from the justice department investigations into the alleged Russian collusion in the election to favor Trump.
The reason for Sessions recusal was based on pressure from the liberals said Democrats, because of his own alleged meeting with the Russians, which he said had nothing to do with the election. But he recused himself anyway and allowed the liberals and Democrats their ways. And probably believed that he did what was the best for the administration.
What Sessions did was what was professionally expected of him, even though it had not been confirmed that his meeting with Russians had any link to the election. His recusal created a the way for a deputy attorney general under him to take over the investigation into the Russian alleged collusion, and ultimately to other developments like the appointment of a special counsel, after the dismissal
of James Comey by the president.
Trump has opened salvos against Sessions over what he calls the inadmissibility of the reason behind Sessions recusal. Trump is saying that Sessions should not have recused himself. It is like Trump is saying I have given you a job because I trusted you, but you have given the job to another fellow, whom I cannot trust like I trusted you. Sessions has weathered the first fire from the Democrats and the liberals. He is in a new type of fire - from his own man.
But some Trump's opponents are wrongly saying that if Trump fires or replaces Sessions, it will be obstruction of justice. How can that be when Sessions is no longer in charge of the Russian collusion case? Trump supporters are saying that sacking or replacing Sessions will not amount to obstruction of justice.
The president's supporters are convinced that the time Sessions usefulness has passed and that it is time to appoint a new attorney general. But the question is if that happens, how would it affect the deputy attorney general who has taken over the investigations into the alleged Russian collusion? Would the new attorney general take over the investigations into the alleged Russian collusion from the deputy attorney general?
The development is problematic. The only gain to Trump is that people are saying that if there is any secret about collusion with Russia between Trump and Sessions, Trump would have been unable to go after him over his recusal the way he is doing now. They say the fear that Sessions may spill the beans would have prevented him. Of course, it is obvious Trump supporters are angry that Sessions has not done anything to continue investigations into Hillary Clinton's closed case of using private email as secretary of state and the investigations into the Clinton Foundation.
Meanwhile, news reports reveals that people from Alabama State have risen in defense of Sessions. But that notwithstanding, observers who know how Trump operates say Sessions may not last in that post, given the way Trump replaces any one, who is no longer seen as productive to move an agenda forward.