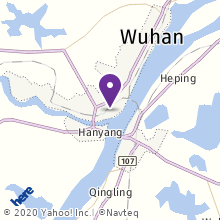 Corona virus has reportedly killed 106 people in China, making the country a dreadful place because of the virus seemingly fast spread to 16 countries, and has affected about 4,520.
With the casualties in China, and 5 reported cases in the United States, the U.S. has advised her citizens to reconsider rescheduling their travel to China.
The fear of Corona virus spread is real. France has three confirmed case, Taiwan has four, and Hong Kong has six, according to news reports. And before the announcement in the U..S advising travelers to reschedule their travel to China, China had already restricted travel to Wuhan, the source of the virus initial outbreak and the epicenter of the spread for over a month.
Wuhan is located in central China. It has a population of 11.08 million. Millions of people have reportedly fled from the city before the authority's decision to restrict travel to the city.
Now, people don't want to interact with anyone from Wuhan. According to a report in the New York Post, some passengers reportedly refused to board  a flight with Wuhan travelers. The standoff from the refusal to board the flight with Wuhan travelers lasted five hours.
Understandably, we live in a world of viruses and no one wants to be infected. It is what has made health care an indispensable aspect of the human community. Without health care and development of drugs and vaccines, death would be boundless. People can still remember how a traveler from Liberia who was infected with Ebola first emerged on an aircraft on a flight and on arrival in the country.
Since people are bound to travel unaware about what ails them and unaware they are infected. It is how infections also travel from one place to another. It does not need to air fares. Infected people pay the fares and take the infections with them to wherever they go.
The cause of Corona virus has been traced to a seafood market in Wuhan from where it has traveled to several other places.. Meanwhile, authorities in the U.S..has geared up plans to counter the emergence of the virus, base on report of interactions between the Center for Disease Control, CDC, and the State Department on Tuesday.
President Donald Trump has reliably extended a helping hand to President Xi Jinping of China that the U.S. is ready to assist in counter-measures against Corona virus inside China. However, there has been no information that China has made any offer to the U.S. for assistance.
Widget is loading comments...
NEWS AND FEATURES
News & Features Around The World