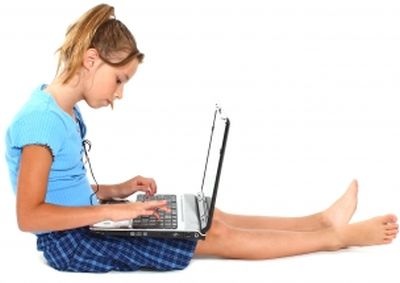 (Courtesy: www..social strategies.net)
"There is a saying among the Yoruba people of  Nigeria that there is no old people among Ghana women - "Ko sa rugbo ni Ghana", in relation to old people's younger looking appearances in Ghana, especially in regard to how women beautify themselves, irrespective of age. The statement, which was common in our times as young people, is still common today, not only in West Africa, but all over the world. No one wants to grow old.
There is no part of the world where people aren't trying to look young by eating healthy, using medications to enhance skin glow and visiting the gym to exercise to keep fit. But no matter how hard we try to hide our age by looking young, no human can defy growing old forever. It is why today we have people who are old and on their way toward retirement and young people who are just starting out.
Style and fashion change.  What was in the vogue yesterday, isn't what is in vogue today. This is applicable to all areas of human life. The way that young girls of yesteryears take care of themselves, the fashion with which they adorned themselves is different from what young women of today wear. The same is applicable to the young men. The dating style today is different from the dating style of yesteryears. What were taboos yesterday, are almost becoming ways of life today.
One particular area that has been turned upside down by this revolution that is no longer hidden is how technology is affecting our lives. It is paving way of employment with huge earnings for some, while it is getting people who are not ready for the new technology to be left behind, because they are not ready the new vogue, about how to do things the new way in whatever industry they find themselves.
Imagine what happened to 50 Cent for lack of the Law of Communication; posting a sex video which anyone with knowledge of the law would have avoided.
It is happening in journalism. If you are not ready to acquire knowledge be a one man video journalist, one may be on the way out of the profession. The same is applicable to most of the other professions. If you have read a book, "Regulating Social Media -  legal and Ethical Considerations" by Susan J. Drucker and Gary Gumpert, you will grasp where I am heading, without much ado. It is where there is a story about an argument between Digital Native and the immigrants.
According to the authors, digital 'Digital Natives are young people growing up with the internet age, and digital immigrants are old people who grew or whose ideas were formed before widespread mediated technology. The old people thinks about the ways of the young people, which they describe as being disconnect to civic responsibilities and cultural inheritance among other concerns. But young people in their response term the description and the attitude of the old people to their new ways of life as 'digital apartheid'.
We have heard of apartheid in South Africa and how the world loathed it, until it was crushed. Today, the teens are doing little to crush digital apartheid, but they are not unmindful of the criticism from the the adult circles. It is the compelling demand for the adults to join the digital race or be left behind, that has become a menace to digital apartheid. The result is massive turnout on social media like the Facebook and the like.
For example, if you are a journalist and you don't know how to use the computer, use various social media forums, as well as shoot videos, seeking employment will be a far cry to accomplish. When you go through a class and you learn about non-human beings operating appliances by means of technology coming to take over the roles of humans in offices, no one will tell you to buckle down to work to learn the new technology.
Apparently, young people who are lazy and are not ready to learn will go into old age while they are still young, for lacking the perquisite knowledge required for engagement in new work places. While old people who are ready to transform their own lives, by embracing the new technology will become young again. It is a cycle that is evolving, and the only people benefiting from it are people who are ready to adapt to change.
Marshall Goldsmith, in his book, "What Got You Here, Won't Get You There", a treatise on leadership, said in his foreword, "Whether you are near the top of the ladder or still have ways to climb, in talks about "What is holding you back, wrote, "We need to win people's admiration. We need to let them know that we are at least their intellectual equal if not their superior. We need to be the smartest person in the room."
How can one achieve this by growing old without renewal through adaptation and retraining? Staying young like old women of yore, and refusing to grow into irrelevance, is the answer.