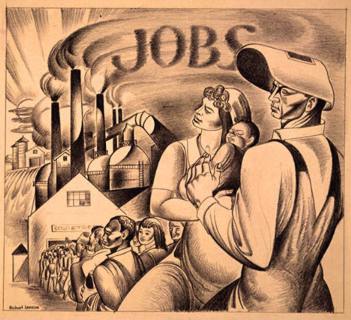 Man. woman and a child and jobs (Courtesy: www.crazywebsite.com
Many people are tired of the hard work and often look back to the cause of the curse of hard work on humanity and see Adam and Eve as the cause of their woes. They often recalled that if the first parents were obedient to God and did not eat the forbidden fruit, that God would not have cursed and the hard work and having and raring children in pain would not have existed.
The memory of the the life of Adam and Eve in the Garden of Eden as recorded in the Holy Book returned with the purchase of "When To Speak Up and When To Shut Up",a book by Dr. Michael D. Sedler. According to Dr. Sedler, the snake deceived Eve and she ate and she then urged Adam to eat, and Adam did, and the two were condemned to a life of hardship.
Adam failed Eve for his silence, Dr. Sedler said, without mincing words, because according to him, the story was about someone standing by, while another person made a destiny changing decision.
​   In the case of Adam and Eve, it was about Adam standing by, while Eve made a destiny changing decision. He wrote that Adam did what people do best when feeling defensive and blaming another person.
Does Adam have any culpability? He said it would seem he carries the responsibility for watching his precious helpmate make a destructive decision without intervening. It is about a time to speak and a time to keep mum; learning to speak up to stop developments capable of creating lifetime discomfiture, and learning to shut up by not talking unnecessarily, avoiding equivalent of making useless noise like an empty drum.
But what would Adam have done to change the course of history after Eve had accepted and eaten the fruit as instructed by the serpent? Would he have change the course of history by refusing to eat the fruit, when Eve told him to? Could Adam have gained anything to humanity if he had refused the fruit and persuaded Eve to see her fault?
A young married fellow interviewed on this subject, who wants his identity concealed for the sake of his marriage, said that women don't listen, based on what he called his experience as a married man. "They don't listen. Adam would not have been able to change anything, even if he had said anything."
The question arises about whether women do listen or not, especially in a marriage setting,which involves both the man and the woman cooperating to raise a family. The man is said to be the leader and the woman his helpmate. When a third party comes and talks to the woman to do what is patently wrong and the man stands by saying nothing to the woman, would he not be culpable for the woman's wrong, because he has said nothing to persuade the woman from listening to the third party?
Although, Dr. Sedler's mission in his book is to teach about when to speak and not to speak and he has merely used the Adam and Eve's situation as an example of what can happen, when we fail to speak at a time we are expected to speak, he shows enough text from the scripture to drive his point home that Adam was with Eve, when the serpent spoke to her, gave her the fruit and also gave him the fruit and that Adam was silent.
"Adam  heard the conversation, sqw Eve's dilemma, but remained silent. All the while that his wife was being deceived, Adam watched and assessed the situation, but kept his thoughts to himself. He chose to be silent." But is it true that women don't listen?