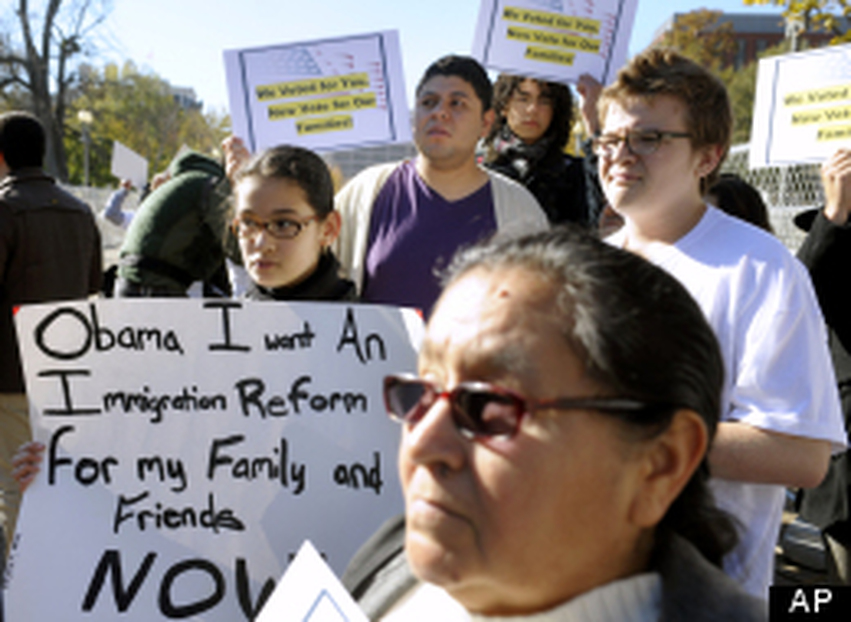 The news says about 12 million illegal immigrants live in the United States. The fate of
these immigrants is a current issue of debate among Washington law makers and
immigrationanalysts. For the law makers and their supporters across the country, catching
on the fate of the immigrants to win elections has become a primary consideration. And has
given rise as to what name to call these immigrants whom some politicians no longer want
to add ‘illegal’ to their identity. Also, these immigrants' fate has brought politicians who are
strange bed fellows together to find solution to swollen number of them in the country
working illegally.
It isn’t only in the U.S. the problem of immigration is giving concern to the authorities. It is the
same in European countries and some Asian countries. Observers think that identity is an
impermanent tag that can change at anytime. Very few immigrants can claim not to have had
experience as illegal before regulating papers. The issue of illegal arises, because immigration
somehow has been liberalized and people can come as visitors and settle down before seeking
papers to remain.
In the days people came into the U.S from one route through the sea and checked at Ellis Island
before entry, where children who didn’t pass entry requirements were sent back and separated
from their parents and the same to wives and husbands, the issue of illegal was not as pronounced
like today. What should bother anyone isn’t the name immigrants without papers are called, but the
condition of their existence when they haven’t papers to live in countries of their choice. Then, the
issue about helping to relieve or terminate their burden will arise and be given attention.
Not many illegal will grant a reporter an interview-part of the problem of being undocumented
immigrant-the fear of what will happen if people gets to know.
But since we all have been illegal one way or another before turning legal, based on an
experience, one can surmise the burdens of illegal immigrants. For example, when I first arrived in
the U.S. on a business visit, I knew I couldn’t remain in the country without regulating my papers. I
knew it will be impossible to do any business, seek employment or remain in the country beyond the
period granted by the immigration office. And if I choose to remain illegally, I will be at the mercy of
overtly smart people in business circles or employers seeking cheap labor. And could also be
deported if the immigration office is aware of my presence beyond the time it has given me to be in
country.
All the reasons above constitute the bottleneck why illegal don’t or cannot live any country with
peace of mind. As an illegal without papers when my visa had expired, I sought to regulate my
papers, while I worked for a Car Wash and was paid under the table $6.00 an hour-the minimum
wage, when people with papers earned $10.00 plus. I lived in fear while I tried to regulate my
papers, because I knew I could end up in the immigration court, and was aware of many who got
deported in that process.It is why the answer to questions about why people leave their countries to
other countries, go through the painful process of settling down, the community of immigrants and
their strength, and historical aspect of immigration as part of a study in my undergraduate years
remain relevant to me.
In the lesson called Sociology of Immigration under the study of Sociology, people leave their
countries for two reasons termed push and pull factors. In the pull factor, immigrants are attracted to
jobs and betterincome abroad even though they have good life in their own countries. In the push
factor, disadvantaged people seek ways to go abroad in search of survival; ready to do menial jobs
that citizens of countries of their choice would not do for lack of opportunity in their home country. In
either case, one will need immigration papers in a foreign country of choice not to be illegal and have
peace. It is admitted that immigration is as old as the universe itself. The Indians who first settled in
America migrated there from somewhere. People from Europe migrated to the U.S. in large numbers
that will make one think a paradise actually exist on earth. People migrate from villages to cities;
from country to country within a continent and from continent to continent in search of countries to
settle for better accommodation and livelihood. The recognition of nation states and creation of
ordinances checking immigration is what brings about legal and illegal.
Immigration has advantages and disadvantages. The advantages are higher than disadvantages for
immigrants and host country. It is why peole in less prosperous and mismanaged countries are
migrating to prosperous and better managed countries. For example, America is called a country of
immigrants, because she has opened her doors for immigrants from all corners of the world and these
immigrants are believed to have contributed to the nation's development like any other living here. It is
advantageous being a documented immigrant and disadvantageous to be undocumented. And the
country loses a whole lot of taxes from undocumented immigrants.
Every country regulates immigration with eyes on the protection of employment and services for
citizens. Illegal immigration is checked by strict enforcement of border patrol and deportation of those
adjudged to have entered illegally or whose visiting papers have expired and remain in the country.
Some countries are hard on illegal immigrants than others. The U.S. is said to have the most liberal
immigration policy in the western hemisphere. How it handles the crisis of 12 million undocumented
immigrants in the country is one of the latest newsworthy matters that cannot be ignored.