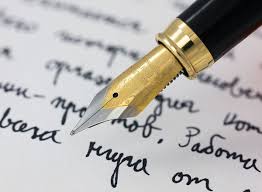 Every society has its culture. And so is journalism as a profession. The culture of journalism is strengthened by its ethics. When the ethics of the profession is not strictly obeyed by practitioners, outsiders see the opportunity as an open door to malign the integrity of the profession.
Respect for the truth is the first ordinance in the journalism ethics. It is the ground that journalists are expected to stand continuously for eternal respect from the society. When the truth is compromised, the journalism is bound to run into trouble.
Fake news has no room in journalism or it ought not to exist at all in journalism, just as rumor is not supposed to have a place in reporting the news or in published stories. But the power to ensure veracity of information to ensure the truth all the time has been eroded by media proprietorship.
Everyday, we hear about the talk of fake news in the United States. There is a running battle between the White House and a section of the media. In some Arab states demand or ultimatum to Qatar, that Al Jazeera be closed is part of the demand to Qatar from the Arab big league to Qatar, before Qatar will be admitted back counted as part of the Arab big league.
Observers say that playing the fiddle to favor Qatar's politics is the reason the Arab big league has asked Qatar to kill Al Jazeera. Obviously, Qatar owns Al Jazeera.of supporting its owner in the politics that is currently tearing the region apart. The Arab big league is accusing Al Jazeera of blindly supporting Qatar, just as many other organizations, which motives for owning media houses have become political and financial gains, will make their media houses follow their dictations.
Many journalists understand the situation that the issue of ownership has placed them, because in tense political situations, the owner wants to dictate the tune and the journalist wants to follow his conscience and the ethics of the profession. The journalist has often become a victim in a situation, where the owner decides that the journalist has to fall in line and the journalist refuses to fall in line. Many journalists have resultantly begin owning  their own newspapers and magazines and television stations. But those who have succeeded can hardly withstand big corporations in competition. And those who have surpassed big corporations are few.
How to gain total freedom from owners to represent journalism in totality is one big dilemma taught in journalism ethics that journalism has not overcome. It is why today, the talk about fake news can be heard in a country, where the practice of journalism profession is far ahead of any other country around the world.
It is not just the talk about fake news that has brought journalism to disrepute in the United States, but the fallout in the fight between the White House and one of the media houses, where three journalists reliably lost their jobs, for a story retracted and apology to one of Trump's associates for a story improperly investigated before publication.