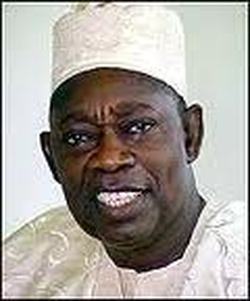 Abiola
A section of Nigerian politicians and civil right activists will congregate today to mark “June 12”, and an unrealizable mandate they wish would have come true. On this day in 1993, a presidential election  was held; result annulled and the winner-  Moshood Kashimawo Abiola - was thrown into the dungeon for asking his mandate be reinstated. Ironically, General Ibrahim Babangida, head of the military government that annulled his election was his bosom and family friend. Many of the service chiefs and intelligence officers  were on his beck and call. Abiola, at the time was politically and culturally Nigeria’s de-facto president. He was stupendously rich; a king maker, with his wealth and connections among the military, he enthroned Babangida by sacking Muhammed Buhari and Idiagbon. Unfortunately, at the time he should have been enthroned, he was denied. What went wrong? Could he have stepped on toes of the high and mighty in the country in the course of his own ambition for power that witnessed his resigning and re-entry into politics?

Abiola first made a big wave in Nigerian politics in the late 70s, as a member of the defunct National Party of Nigeria (NPN). He was one of the affluent Nigerians who bank-rolled Alhaji Shehu Shagari’s election against Chief Obafemi Awolowo of the Unity Party of Nigeria (UPN). He established the Concord Newspapers with which he engaged in his political battles. At a time, he contested the chairmanship of his party but met with disapproval of the party’s influential northern members among them-Umaru Dikko- who told Abiola that the party’s chairmanship was not for sale or for the highest bidder. His frustration from the loss in the chairmanship contest, the lack of love for him among his own people in the South West and the effect on the newspapers’ sales compelled his editors to advise him to pull out of politics. He did. The newspapers sale jumped and the influence in criticism of the ruling power earned respect and accolade.

Once out of politics, Abiola maintained his coterie of friends in high places, but not with the Muhammed Buhari and the Idiagbon regime for sacking Alhaj Shagari's regime.  At this time, Abiola began having problems with one of his top editors over a young woman he said was his girl friend who had abandoned him for the editor. The first sign of stalemate between Abiola and the editor flared into the public when the Buhari’s administration called Abiola; informed him that the administration wanted to appoint the editor as information minister and Abiola told the government representative that the editor was not available for political appointment. The editor, who traveled when the government representative spoke to Abiola did not take kindly to Abiola taking a decision for him. The editor said that though he had chosen to be a reporter; remained a reporter for life, believed there had been cordial relationship between him and his publisher, he still wished he would have been allowed to speak for himself.

Shortly after, Abiola removed the editor from his Sunday editorship position and dumped him in the editorial board. The editor and his girlfriend got married and after their marriage, both husband and wife left the newspaper house. Apparently, Abiola and the editor became mortal enemies and had no interaction again. Some of the editor’s friends felt aggrieved that the editor was never paid any entitlement for the years he worked in Abiola’s newspaper house.
Less than two years after the editor’s departure from the newspaper house, he received a parcel bomb in his house while he ate breakfast and died. Babangida’s name as head of state and commander-in-chief appeared as the sender on the envelope that bore the parcel bomb. But Babangida had maintained his innocence that the envelope did not emanate from him.
The public had pinned the responsibility for the assassination on the government, because two weeks before the arrival of the deadly envelope, the Military  Intelligence had invited the editor for questioning over allegations that he planned to overthrow the government and that he was into gun running. An editor who knew the slain editor had been been informed confidentially by General Gusau that someone unnamed had given government damaging information about his colleague and should do something to save himself had kept mum.

What has made the editor’s experience imperative in the Abiola’s political saga and eventual pursuit of his political ambition that later hits the rocks?

The editor was one of his top editors who had advised him to abandon politics that caused his resignation from the NPN and partisan politics. But sooner after the editor’s murder, Abiola returned to politics after he said he had sought and got Babangida's approval. Meanwhile, investigations into the editor’s murder and who may have masterminded it remained a mystery.

Babangida had said the reason for the annulment of his friend and his mandate would remain between him and his friend, and not a matter to tell Nigerians. Some among Babangida's apologists have said that no head of government will allow his name and that no Military Intelligence would allow the name of head of government on murder envelope as a sender for any reason. They said whoever may have sent the envelope must been someone close to government operatives and who had access to envelopes used by the president and that by using the president’s name he had succeeded at turning attention away from himself. They contend further that since Babangida had remained alive 28 years after the editor's murder and the one person who ran into trouble seven years after the editor's murder was his former publisher who did not recover from his troubles until he also died in mysterious circumstances as predicted by the editor's kinsmen after their ritual during the editor's burial. They ask if  these developments are not enough to make Nigerians begin to think of what may have transpired between the publisher, the editor and the government?

They say Abiola’s election was not in question. But why his friends who should have paved the way into power for him worked against him and deprived him of the opportunity of taking an oath as an elected president is a question no one has been able to answer. Abiola's family has continued fraternizing with Babangida. How Nigerian June 12 apostles and civil activists who are continuing the call for reversal of twenty years of political development, which has witnessed their votes for former President Olusegun Obasanjo, in yet another election, in which Babangida sought out Obasanjo to run for the presidency, in replacement  for the loss suffered by the Egba people, Ogun State and the Yoruba people for deprivation of Abiola's mandate is confusing and troublesome.

Unlike Abiola, Obasanjo was sworn in as president, had a reelection and the same party that sponsored Obasanjo had remained in power, and had  produced three different presidents. The leadership of the major opposition party in the country cannot claim to be better than the ruling party in term of morality and accountability, though it says some governors are doing better in their states than the government at the center. When these politicians who are jostling for power are examined, they have similarities like tribal inclination, questionable wealth through personal enrichment - while in government - and they lack obvious programs toward reversing the dwindling fortune and welfare of ordinary Nigerians. How they think Abiola would have acted as agent of hope and change, surrounded by his military friends and their questionable wealth, lacks explanation.

It is true that Nigerians are yearning for a change, but there does not appear to be neutral agents of change as virtually everyone have become aprons of one political party or another. As many Nigerian observers of events have said in the past, miracle still happens and it cannot be impossible in Nigeria's case, amid the crucible of an oil wealth and powerful personalities that dot the landscape.