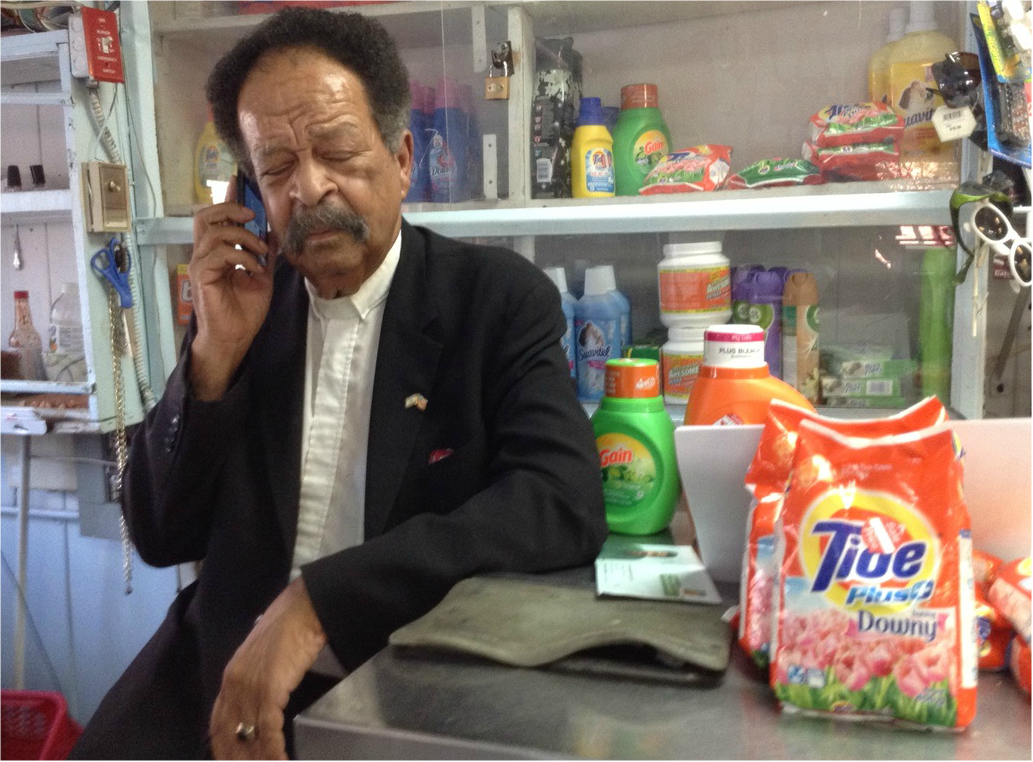 "I never ask for the Church money. God takes care of me." These are the words of Reverend Marshall Sluggard, an itinerant preacher in Jersey City, New Jersey, United States. Sluggard has not said that he is the one preaching ahead of the one being awaited, but his picture cuts the shape of John the Baptist, preparing the way for the one coming by calling on people to change their ways.
In Jersey City, Sluggard has been calling people's attention to the coming of the Lord, aside from having been leading young people to Sunday School, in a community enveloped by drugs and crime.
Sluggard, popularly called 'Sluggos' in his neighborhood of Martin Luther King Jr. Drive, operates a Laundromat in a building at the corner of MLK Jr. Drive and Botswick Avenue. The drawings on the building that houses the Sluggos Laundromat, which depicts a preacher's presence in an environment considered to be crime and drug infested attracts the reporter's curiosity.
"Make it slow, it won't blow, make it fast, it won't last," are the welcoming words from Sluggard, sitting on a high rise chair and looking at an open bible on a table directly before him. "Jesus Christ is the King and you don't have to believe it. He is still the King," he said, with reference to some of the statements on the wall of his Laundromat following the reporter's questions.
Sluggard said that there are problems all over the world, and that the only place where there is no problem is heaven. He doesn't think that there is a problem in his neighborhood or that it is a big deal that there is problem in his neighborhood, where he said he has lived for 45 years. He said that there are drugs everywhere and that the only difference is that poor people when people don't have money  and addicted to drugs, they are bound to stealing. He said it very clearly that his community that is predominantly black in population is different communities that are predominantly white in population and have the same problem with drug dealings and addiction.
Born on Kearny Avenue in 1935, Sluggard's said his mother was the first female newspaper vendor in Jersey City. He remembers his mother's work as a newspaper vendor with nostalgia. "My mother had 12 children. We lived on Virginia Avenue and we delivered papers all around, because no other person will sell newspapers."
He said that at the age of 13 and going to school,  he worked for his mother, Ada Marshall, and also worked on the side as a shoe-shiner and had $1350.00 in his bank account. "My friends had drinks all the time, but I had a goal and wanted to make something out of life and God blessed me."
Sluggard's properties in his neighborhood are not hidden, because of the his trade mark - using the walls to talk to the world and with his alias 'Sluggos' boldly written on the wall. He has a storied apartment building near the Light Rail Station on the MLK Jr. Drive and the one where he operates the Laundromat. He said that his affluent position has not stopped him from going out to preach in the neighborhood. According to him, he preaches the words of God to turn people away from evil.
"I don't preach against drugs and I don't preach against homosexuals." Sluggard believes that there is everything in the words of God to talk to people about what they are doing that they shouldn't be doing without necessarily mentioning the negative things they are doing. Obviously, he did not tell this reporter that homosexual and drug are bad.
Sluggard said that it is simple as that that every young person must know that the meaning of prison records and that with dope there is no hope. He said that whoever commits a crime has got to do the time. And he adds with a tone of lamentation that there are young people breaking the law and doing the time. He said that it is hard for them to et jobs when they return from jail. Though, a negative choice, but he says it is the choice they have made for themselves.
He said that the words of God said that whatever a person sows he or she will reap. He said that if you see young people doing drugs, it is because their parents also use it and that the demon spirit is behind them, and that it is what makes them to do what they ought not to be doing. As the interview progressed in his office in the Laundromat, a young man entered and discussed possibility of buying a property with Sluggard's assistance.
After assuring the young man that he would intervene on his behalf, the young man thanked Sluggard and he told Sluggard what he said  his mother told him about how Sluggard initiated him into Sunday School attendance when he was very young. "I go to their homes and lead them to the Sunday School," Sluggard said. A female secretary in Senator Cunningham's office on the MLK Jr. Drive and Myrtle Avenue confirmed how Sluggard had influenced her and young people's lives, when they were growing up in the neighborhood.