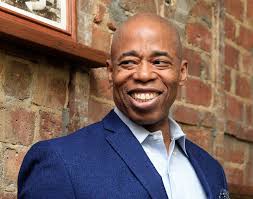 Tik-Tok parent company, Bytedance, is reportedly struggling for survival after its fall in India and has opposed China's national security law in Hong Kong to show the world it is not a part of China's Communist Party. In a twinkle of an eye, the company lost markets.
Tik-Tok also faces possibility of losing the fight and the market in the United States, because of the way the company that can be compromised in favor of China. The company has said it is impossible to do such a thing with its customers' information.
Tik-Tok is said to be seeking to move its headquarters from China, because the country as its source is destroying what is supposed to be a triumphant operation. The company also reportedly hired a CEO domiciled in the U.S. But all these are seemingly not enough to stop the bad luck of associating its beginning with China.
The most egregious reason Tik-Tok may not escape the evil of having its beginning in China is that China does not allow any foreign apps in China and it wants other countries to accept apps originating from China. People are saying China cannot have its own way, and that if China wants its apps to be accept apps from other countries in China. It id about the bad luck of association with a country that has accepted a version capitalism for its gains, but whose leaders continue to its clinging to communism..
The irony of how China's policies its affecting Tik-Tok is that when Tik-Tok goes down, a whole lot of people that use and have benefited from the app also go down with the app into the oblivion in the area that the app has become unacceptable. For example, China and India share a common border. The way China has been having skirmishes  with India over their common border  leading to the death of 20 Indian soldiers  And that has led to India's rethinking of allowing the free rein of what is considered a Chinese app that may be harvesting information  China's favor in India.
Correspondingly, Tik-Tok has run into an unfriendly cloud in the U.S., when news reports showed that some youths on Tik-Tok played an unusual game of booking thousands of seats for President Donald Trump's Tulsa's rally, and have therefore prevented thousands of genuine Trump's supporters from getting seats for the rally and preventing them from attending the rally.
No one knew about the Tik-Tik youths' role for the president's rally until Alexander Ocasio Cortez, AOC, mentioned it to the news hounds that the Tik-Tok youths undermined the president's rally and allowed many seats unoccupied at the rally. Of course, such a development favored Ocasio's democratic Party, unaware of the evil she was putting on the way of the app in the U.S. When AOC and other president's political foes brought Tik-Tok into the country's political picture, Tik-Tok was in the process of getting blacklisted in India.
No one has said that the alleged role of youths on Tik-Tok against Trump's rally is the cause of the displeasure it currently faces in the U.S, but the fact that China does not allow other apps in China is enough reason of saying without allowing other countries apps in China, your apps are also not allowed elsewhere. It is becoming a case of what is good for the goose is also good for the gander.
The ball is in China's court to allow apps from other countries in China, for apps from China to enjoy the same permission in other countries, especially in the U.S.
Tik-Tok, a short form music/video app originated from China.
Comment Form is loading comments...
NEWS AND FEATURES
News & Features Around The World