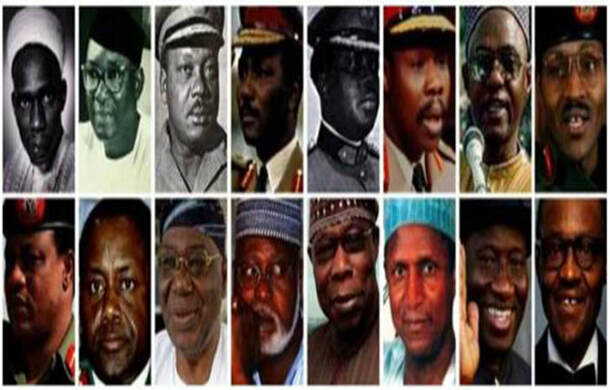 Many migrants often ask loudly about why they are where they are, just like as me as an individual do ask why am I in the United States, and not in Nigeria, where I was born and raised?
President Donald Trump's alleged 'shithole' statement has raised stronger necessity for that question.
"Why am I here?" It is a question that whelms up my mind as I think about arguments following the ongoing debate over the shithole comment.
Some people are saying that Trump made the right statement, but that the way he said was bad. Others said that as a president of the greatest country and one that is more open to migrants, Trump ought not to have said what he was reported to have said.
Outside the argument about Trump's right to say the words or not to say the words, some Africans, in what seem like defensive scenario, have gone out to show how migrants from Africa have contributed to positive developments in the U.S. Yet, some are saying the argument should not about what contributions Africans have made to developments in the U.S., but what are they doing to make their own countries back home and their continent habitable.
It is good to note that good old days of Haile Salaise of Ethiopia and Kwame Nkrumah of Ghana, days when Africans can be proud of are gone. It is like the latest developement in South Africa after Nelson Mandela, when a list of bad leaders begin to assume office. In the good old days, many Africans traveled out in search of education. But today, many Africans are traveling out in search of survival: what to eat and what wear, to keep the body and the soul together.
Home is no longer a comfortable place to think about returning to, becuase there no jobs in comparison to early days after independeence, when jobs were available in several sectors of the economy and arriving with bags of degrees meant a manifestly victorious battle against retrogression.
Military leaders have called politicians thieves and have vreplaced politicians in many areas, but they have proved to be worse than politicians in chop, chop leadership and have led their countries into seemingly much more serious 'shithole' conditions, leaving newly emerging political leaders to repair. In many instances, new political leaders, who have emerged after the military leaders, who are mostly former military leaders or cronnies of former military leaders, are reportedly worse than their predecessors.
For this reason, many commentators see Trump's alleged statement as a wake up to African leaders to rise from their slumber and work to make the continent habitable. They feel that a call on Trump to apologize by some African leaders is not the solution to the current African problem, but a need to go to work by African leaders and redress the injustice against their compatriots. Also, it is believed that if Trump's so called 'shithole' comment is taken to be an act of racism, it may blindsight African leaders to continue in their wobbling style of leadership.
Some people are saying it is a free world and anyone has every right to say what he or she sees as justifiable and thatb those who think Trump should not have said what he reportedly said have lost out. The bottom line is that I will not be here, and those who are fleeing will not be fleeing - and most times at great peril to their lives, if our countries are currenlty habitable.
Look at recent political developements in South Africa, Ivory Coast, Gambia, Kenya, Zimbabwe, Congo Dr, Nigeria, North and South Sudan, Egypt, Tanzania among others. People are running and trooping out of their countries enough for President Muhammed Buhari of Nigeria to say that traveling out is not the solution. Prompting observers to ask that what then is the solution?
I am here, because my leaders cannot assure me I will get a job, feed my family and make life amenable for my offsprings. No one wants to go from the frypan situation abroad into fire at home. Life can be hard abroad, but it is still manageable with food on the table and clothes on the back. Trump or anyone can say anything. It will not force us away to our countries. But making our countries habitable by our leaders will.
NEWS AND FEATURES
News & Features Around The World