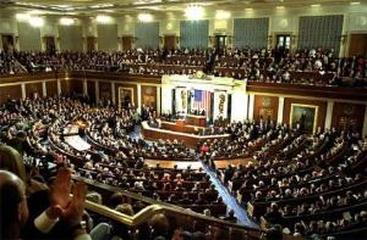 The U.S Congress
The United States' House of Representatives has voted 225-201 to sue President Barack Obama, for what news reports say is an effort to clarify constitutionality of what the House calls the president's unilateral actions.
President Obama has said that he has executive powers to resort to executive orders, on issues of public interest that the House is expected to act, but it is found vacillating. One major issue some observers say is confounding on the list of issues the House has listed that the president has chosen to act upon is easing the way for deportation of illegal migrant children. Where must the children be? Alone in the US or with their parents? The House is also said to be peeved that the White House reliably wants to use executive order to give citizenship to illegal migrants in the country.  (To be continued)
NEWS AND FEATURES
News & Features Around The World