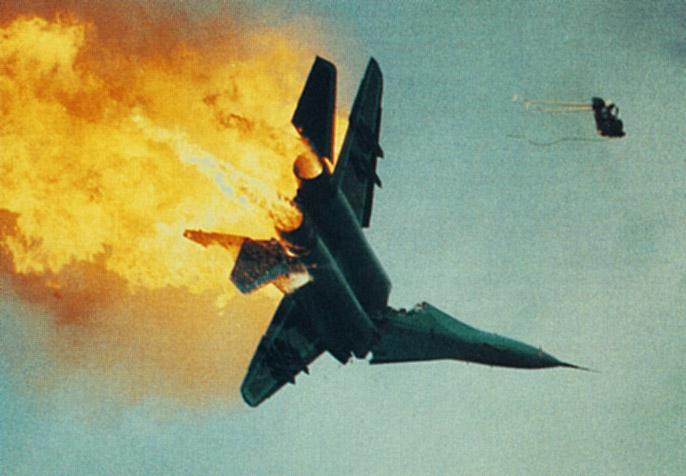 A bird of death
You wake up in the middle of the night and you heard someone speaking to you from the other side of your door, asking you to allow him come into your house. What would you do? You certainly would not open your door, but seeks out a way to protect yourself and your family. The possibility of the intruder forcing his way into your home to harm you and your family cannot be ruled out.
But if the intruder is aware that you may possibly have a gun in your home, he or she dare not come near your door, because that may end his odyssey on the earth. No one wants to die or be killed, not even the criminals who take other people's lives without a qualm of human reasoning. The need to protect oneself against criminals is one reason mostly advanced advocates of the need for everyone to possess arms.
Welcome to Arms is directly the  opposite of Farewell to Arms - the title of a book by Ernest Hemingway, an American literary icon, whose book that goes by the title critically reviews the madness of armed conflict and discovers  that it is an act against reason that is capable of one destroying humanity. But the other side of the story about welcome to arms is not about ammunitions for armed conflict, but the possession of money to be able to stand your ground in a monetized society, which possessor is capable of acquiring mass of arms.
You need the arms called money for people around you to know that you are human. Just being a human being with no money to meet your essential needs is the first reason for people to utterly cast you out and treat you with lack of respect.  The beginning of your essence as a human person is when you are able to arm yourself with money; cloth and feed yourself, and you don't have a need to ask any fellow for any monetary assistance capable of being looked down upon as a scum of the earth.
The power that money confers recently surfaces in international politics, when President Vladimir Putin of Russia challenged some Western countries on the need to curb the ISIS's power. Putin said that the ISIS has the power to carry out offenses, because it has money and it is neck deep in oil business around the world with about 40 western countries. Putin's statement followed the outcome of investigations, which confirmed that the ISIS downed the Russian commercial airliner and killed all the passengers.
Putin is not wrong. Without money and business connections, how would the ISIS access the ammunitions in its armory? And what is the ISIS waging war for, if not to protect and enhance its sources of wealth?  There is a need for large possession of money to acquire bombs and unlimited number of guns, which only governments are capable of doing. It is why the fight to be presidents or remain in office or in power by political office holders is alluring.
Whoever thinks that people go about campaigning to acquire power to be presidents, first for the sake of advancing humanity hadn't got it. The Bible says, Seek yo first the Kingdom of God, and every other things would added unto it." This statement belongs to the ancient times. The new command is, "Seek ye first the Kingdom of money, and every other things will be added unto it."
When the Yoruba people of Nigeria says that no child can ask about the questionable cause of a father's death until the child gets hold of the butt of a cutlass, they don't mean getting hold of a physical cutlass. What they mean is that a child can only ask about the questionable death of his or her father, when he or she has been fully established, in control of his or her own life, possess the power required for protection so that the murderers of his or her father don't kill him or her for asking questions.
The reason behind the struggle between the civilized world and the ISIS or its antecedents has a deep historical root about possession of power,Mohicans ordinary people on the streets of Paris, Mali, Somalia, Nairobi and Maiduguri in Nigeria are victims, just like the innocent passengers of the Russian a airliner. It is no longer farewell to arms, with innocent people getting killed all the time in the war between the civilized and the uncivilized.
It was a call to arms that ended Muamar Gaddaffi and Osama bin Laden. It is gonna be call to arms that will also end the ISIS. But the danger is the proliferation of arms as a result, like in the civilized world where guns are all over the place on the streets, because we all must possess arms for self defense and many lunatics also possess have arms and endangering humanity. Some other lunatics may be mistakenly armed like ISIS had been mistakenly armed from the beginning by some powers who wanted Bashir al-Assad out at all cost.
NEWS AND FEATURES
News & Features Around The World