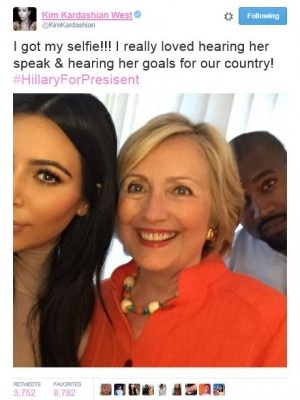 If you live in America, you have to live like an American, even if you are not an American, just like it is said that when you live in Rome, you have to live like the Romans. There is a strong possibility that at the time Rome came into the picture about the need for people in Rome to live like Romans, The Renaissance must have played a role.
History has related to the Modern Times that The Renaissance was the changer of how things get done by any human who wants to be like royal without being from a royal line, as a period that affected every aspect of human life and the professions, especially the Arts.
And anyone living in America, who knows how life is being lived here, would attest to it that America is The Renaissance in Modern Times or the place where The Renaissance is being relived. It is said all the time, "Work hard and you will make it, notwithstanding your parental background."
The American Dream is said not to be about the child of whom you are, but how hard you can work and use your senses. By the way, what brought about The Renaissance and modern America as Siamese twins? It is a discussion, yesterday evening, in a Fox News' "TMZ", about Kim Kardashian and Hillary Clinton.
The young woman, 22, had told the news program moderators that Kardashian should not have been a person Clinton should photograph for her to gain votes. The moderators disagreed with the young woman. But she stuck to her words that Kardashian isn't a role model for young people. When asked if she meant people would not vote Clinton for appearing in a photograph with Kardashian, she said she believes some people will not vote her for that reason and that some others would vote for her.
It cannot be that the young woman doesn't like Kadarshian, but that she has her own view of affairs as obtained in God's own country. The young woman's opinion may also have been a representation that there are still people in America who like to live a moderate life, despite what some other people see as weird sense of life here. Against the young woman's assertion is 'the culture of aggression and give it what it takes' to get what you want lifestyle.
It is about young people's resolve to break into the limelight in music, sports, medicine, and any area of human endeavor, where not just the light can be reached, but that such a light must also lead to the fulfillment in search of the Golden Fleece. It must transform into money and excess of it too. And in this bid, some are making it and laughing to the banks and others falling by the wayside. Kim and other young people like her have taken the risk and has paid off. For allowing a selfie with Kim, Hillary Clinton knows what she is looking for and it is a proof of her smartness as a politician.
Many people, unlike the young woman in the Fox News discussion, don't see anything wrong with Kardashian's lifestyle. They believe that Kardashian lives in a country, where you have to strive hard to make it, despite the erroneous believe outside America that people can pick money on the street. For example, when I visited Nigeria in 2012, after about 10 years in America, I was shocked to find that my wife and her female children have become Kardashian's fans.
I wasn't perturbed. They told me they love Kardashian and that the young woman was making a wave. Kardashian had not been married at that time. And when Kardashian eventually got hooked, my wife almost celebrated her marriage in our home. One major reason for her joy was that Kardashian got married to a man and that she had not gone into what she believed to be the worldly way of being in the same sex marriage.
Although, one isn't completely aware of Kardashian's  mind, but the truth is that many young people today don't believe that one can make it into a great breakthrough by acting normal. They believe that making it into a great breakthrough is beyond going to college and waiting on the queue for a job, while you have to live to pay back college loan running into thousands of dollars. They believe that you have to bring some form of weirdness into whatever you have chosen to do to get the necessary attention. There is an argument that says churning education is their only error.
They believe that with enough sense of creativity and ability to arouse the public sense of decency and indecency, enough for people to begin talking about about you, you will make it into the great breakthrough, believed to have brought everyone to live in this great country, with a sense of pursuit of an unusual renewal, which has made life in America and the Modern Times, a continuation of The Renaissance. Is it not great Kardashian has a husband and having children?