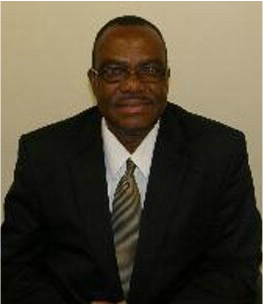 Abiodun Giwa
Information is said to be powerful, whether about organizations or individuals. There is positive and negative information. Everyone wants positive information about self or business out there, but no  one wants negative information about him or her out. The reason is clear: Negative information is damaging to image.
But no one will cover anyone's negative information the moment it is out. The best thing is for the information not to be out at all.
Of course, if people gets positive information about you, they are careless as along as it will not serve the purpose of damaging anyone. it is part of what it means that positive information doesn't constitute news, but negative information dog eats dog does in journalism parlance. If a news reporter stumbles on any information about dog eats dog, he or she will be delighted, because it is unusual for dog to eat dog. But when a goat is seen eating dog, it makes the news.
There is no much difference between rogue journalists and non-rogue journalists. All journalists seek information to promote or sell their medium. No journalist will help anyone shut his or her mouth or cover the ass. It is everyone's business to shut the mouth and not allow any negative thing about self out there, and when one is aware that any negative thing may be out and don't want it out, then cover the ass and do something to avoid the publication or defend your position and not come and say someone wants to deprive you..
Aside from journalists seeking information to do their legitimate business of reporting the news, there are identity fraudsters out there and to whom no one wants to fall victim. The identity fraudsters will do everything to access innocent people's information to benefit their nefarious business.
It is your own business to disaallow identity fraudsters from ruining your life. If you don't know how to shut your mouth or cover your own ass, to avoid any information you don't want out, I will tell you how to do them.
First, learn not to talk too much. Instead, learn to be a good listener. if you will talk like open water that open and cannot be closed and running freely, then don't allow vital information about you to slip out. Don't leave vital information on your computer, believing you have saved them. or that they are save. There are hackers out there, roaming about the blogosphere looking for information. Learn to shred your documents that you no longer can keep away in a safe cabinet. There are shredders that are affordable for everyone out there in the stores. And you can shred your documents manually soaking them in water and them tear them apart.
There are so many things you don't have to send in emails or by texting. Learn from the expereince of the Democratic Party's Hillary Clinton's campaign chairman and others whose words on the marble that were hacked became materials for Wikileaks in the last elections in the United States. Mitt Romney also could not shut his mouth or control his speech, when he made a statement about the 47 percent Americans in 2012, who he said don't pay tax and that statement  up-ended his journey in the presidential elections for that election cycle.
There were so much information that Wikileaks put out there during the election campaign that were negative and indefensible, but instead of which the Democratic Party will face the truth and chide its officials who allow their words about themselves in emails to be out there carelessly, they aretalikng about who hacked them and made their words out and who did not make the words of their opponent out. And they have not asked themselves what if the Wkileaks does not find anything negative about their opponent or Wikleaks have no political issue to settle with their opponent?
NEWS AND FEATURES
News & Features Around The World