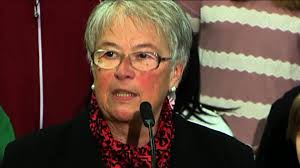 Carmen Farina
The second annual conference of Teach NYC! Conference was held on Wednesday at the Murry Bergtraum High School for Business, Manhattan, New York City. The conference is aimed at encouraging people to get certification, become teachers and join the teaching workforce in the city.
The conference opened with a video showing Carmen Farina, the city's education Chancellor, explaining the importance of the teaching profession as it affects the moral and mental development of children in the city. The session was followed by a segment of speakers, who analysed the importance of education and the joy derived positively impacting children.
A teacher interacting with students in a classroom shows her delight of rubbing minds with 19 people all in a day;s work. But the message is deeper, considering that the people around her are all children. She says she teaches as a teacher and also learn from her interaction from the classroom work.
After the first session at the school's auditorium, the events shifted to various areas of the school for breakout sessions and expo, where attendees had opportunity to speak to college representatives about availability of programs leading to teacher certification in New York State and how to go about achieving the objective. New York surely needs teachers, but the state and the city has iron cast qualifications for prospective teachers
Among revelations at the conference is that there 1800 schools in New York city with 75,000 teachers and 100, 000 homeless students in the city, out of the 1.1 million students requiring attention of the best available teachers. One of the speakers, Mitchell Firanger revealed her emotional joy she said she derived, when a student who lost a father revealed to her that she had filled a vacuum left behind by the father, because as a teacher gave him needed attention.
Shawn Rocks, notable teacher in the city said he became a teacher against the advise of a woman who wanted him to become a lawyer and that the woman became a lawyer instead. He told a story of how he followed the path that led him into college instead of prison, and he saw  someone close to him ended in jail instead of college.
Rock said that there is a teacher in everyone, but that the difference is about what we each teach as a teacher, with a reference to  different lifestyles as varying forms of teaching, each impacting children and the society in different ways. He urged participants at hte conference not to say they are not teachers.
Phillip Lynberg, who has spent close to 30 years as a teacher in the city said that one out of 300 Americans is a New York City student. He spoke about diversity, inclusiveness and kindness, as part of the lifestyle that are fast disappearing in the country's landscape and the need for the best people as teacher to restore the attributes. He confided in the attendees that teaching is hard and challenging and assured them of enough work to make them work hard and tired. Behind the service, he said, is the joy of of the service.
Organized by NYC Teaching  Fellows, about 1900 were announced to have registered for the conference. The auditorium was filled to capacity. A testimony that the teaching profession is lucrative here and sought by a large number of applicants..