Is this the same LIRR? 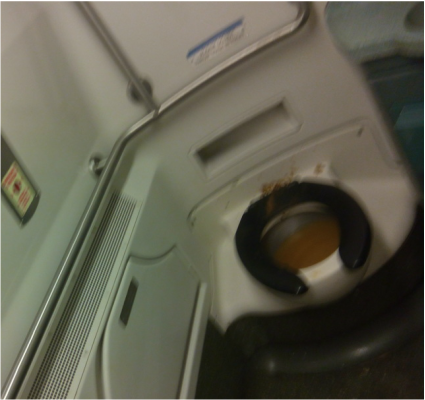 Wednesday, November 28, 2015. Some passengers on the Long Island Rail Road train from Penn Station to Jamaica and Babylon had unpleasant experience, and they questioned whether it was the same LIRR they had known.
It is the same question that  anyone who has been travelling on the LIRR train and who knows its good service would ask, when suddenly confronted by a situation, different from what he or she has known about the rail service.
An opened and filled human waste pot, a door to the toilet room was not working and could not be closed. The toilet's condition an eyesore to passengers, with soiled car floor that passengers walked to their seats.
Aside from the opened pot, additional photographs show the damaged toilet room door, the smeared floor and passengers seating in the same car, where all these dirtiness were located in the train.
Passengers were helpless. They had to be on the train to get to work or their respective destinations on time. And anyone who did not need to use the toilet room would not have seen the pot filled with human waste, if the door was closed. But the fact that the door was damaged and could not be closed, merely passing by the door exposed the soiled condition. The question is why did the LIRR allowed the train to remain in service, despite the damaged toilet room door? 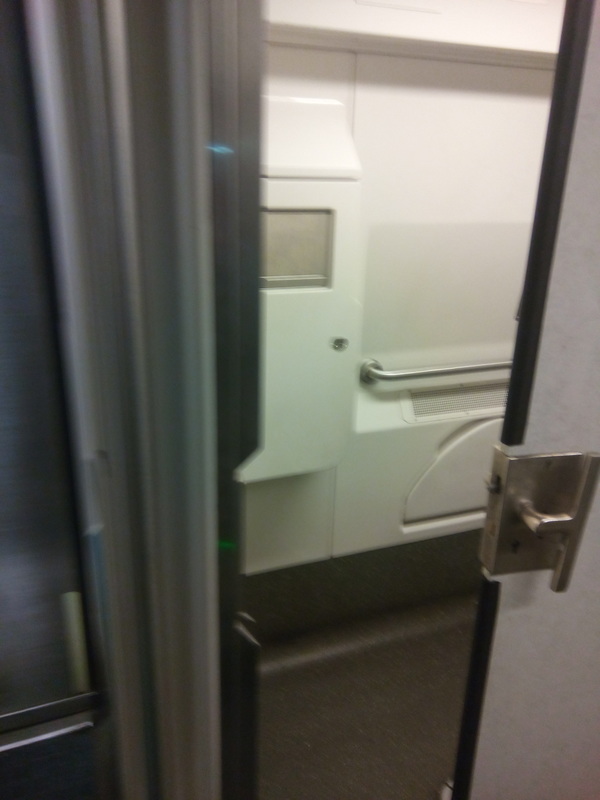 The door remained like this - opened - throughout duration of the journey from Penn Station to Jamaica. The train was heading to Babylon. 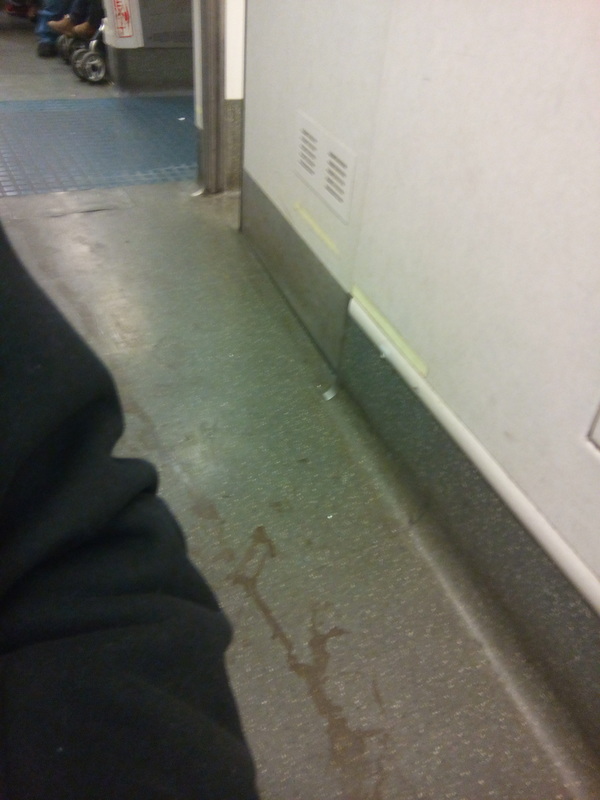 Part of the smeared floor in the car. The door can still be seen opened near the floor. 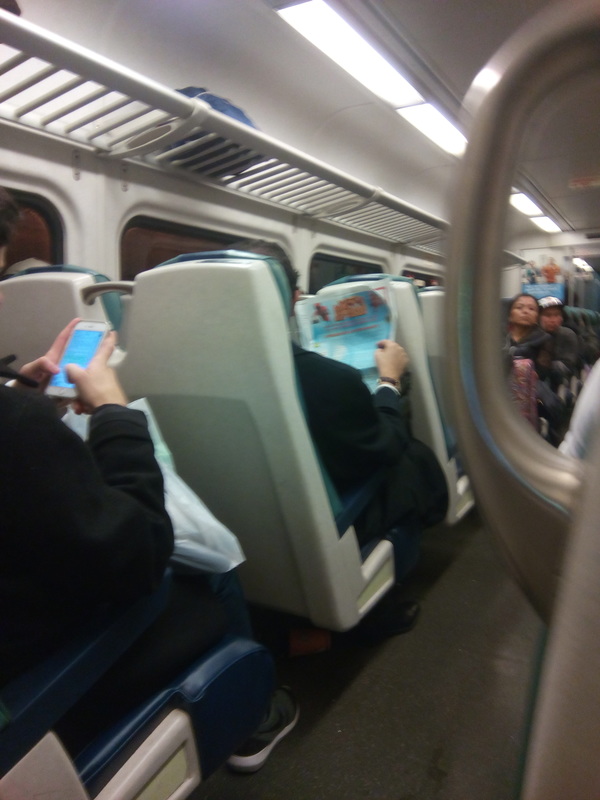 Some passengers near the opened toilet room soiled with human waste.
NEWS AND FEATURES
News & Features Around The World