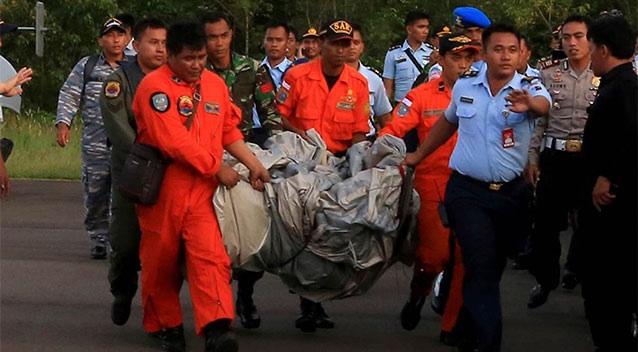 From the bottom of the sea
A journey from Surabaya in Indonesia by 162 people, in an AirAsia jetliner, ended in the bottom of the ocean without survivors. Two police officers' lives ended on a Brooklyn Street by a mugger. An accidental discharge from a 2-years-old toddler in Idaho, United States, ended a 29 years old mother's life, from a gun she kept in her bag.
The news of the discovery of debris of the aircraft and some bodies among the passengers, and that there were no survivors led to agony for relatives, some of who were still expecting either father or son from an ill-fated journey.
When two police officers in New York left their home to work, they least expected a hoodlum will make them candidates for mourning and burial, before the year's end.
A lieutenant who spoke to the New York Times at the scene of the accident in Idaho, where a toddler ended a mother's life on Tuesday said it was a tragedy it happened at all, and more so near a holiday marking a year's end.
Ebola feasted on innocent people, terrorists in Nigeria and Pakistan had field days, while Afghanistan, Iraq and Syria remained killing fields. Two aircrafts belonging to the same airline disappeared from the air; one found without survivors and the other no where to be found with all its passengers. The ocean between the Mediterranean and Europe became a grave, while a ferry accident in South Korea left the world in mourning. And just a few of the 2014 gory stories.
NEWS AND FEATURES
News & Features Around The World