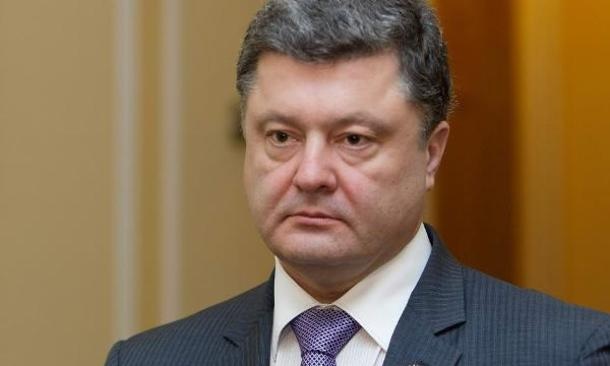 President Petro Poroshenko
Ukraine's armed forces have suffered loss of 9 officers following crash of its helicopter under separatists' gun fire on Tuesday.
The Ukrainian military said the M I-8 helicopter was brought down by a rocket outside Sloviansk.
The downing of the helicopter coming less than a month, after similar incidence involving an aircraft under separatists' gun fire, and killing all 49 on board shows that the Ukraine's situation is getting worse.
Observers are worried that this has happened with a ceasefire at the initiative of President Petro Poroshenko being defied by the separatists.