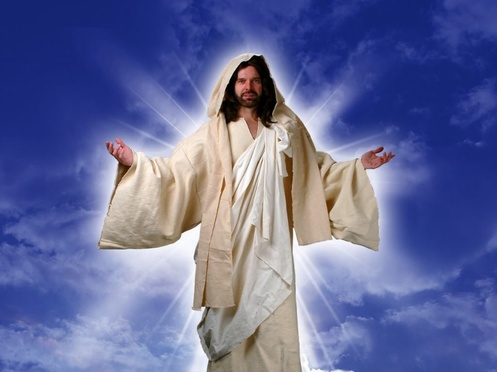 In his song, "Loves Me Like a Rock," Paul Simon presents an encounter with the devil. As a boy, the devil called his name, but he recognized the devil and he told the devil not to fool around with him, because he was a consecrated boy. The devil called his name again when the boy had grown into a man. He recognized the devil and told the devil again not to fool around with him, because he was a consecrated man.
The personality in Simon's song was proud to be a singer in a Sunday school. Listening to Simon's song reminds one of the words of the Gospel of Jesus Christ; his ministry, crucifixion and resurrection. The celebration of his death and resurrection will undoubtedly remind one of how he went into a place of worship and drove out those he said had turned his father's house into a business center. The thought that will immediately surge in the mind is what people say today about the church as a business center, where ministers have turned into turn-coats, do what they like and preach money and prosperity.
One major concern of Jesus Christ was to ensure that his father's house remained a place of worship and not a place where money is exchanged. The Lord's aim in that respect has been defeated by what has become the church. The church history is there for all to see what has become the church. The difference between Jesus and his disciple is glaringly clear. When the attackers came to arrest him and Peter cut off the ear of one of them,  Jesus replaced the ear and rebuked Peter. Ironically, one of the closest to him had betrayed him and gave information about him to his accusers on how to get him for an amount of money he had used for the purchase of a piece of land.
It was about money and material acquisition. The same yesterday, today, and may likely be forever. A world given to money and material acquisition that one's sibling could sell one for money and material. After resurrection and he appeared to his disciples on the third day in Galilee, some of them still refused to believe he was the one until he showed them the wound on his side, they saw and believed.
He drove the money changers out of his father's house, because they turned the house into a market and they killed him. Today, the house has become a market worse than Jesus Christ would have allowed it.
It is a common proverb in Nigeria that when owner of a house is absent, the home will belong to the rats and rodents. It is also not surprising that after the killing of Christ, an exercise that shows how powerful the world is against its opposition to heavenly life, Lucifer and his children have assumed complete control. Jesus himself said it the book of John 17, "I have given them your word and the world has hated them, for they are not of the world any more than I am of the world. My prayer is not that you take out of the world but that you protect them from the evil one. They are not of the world, even as I am  not of it. Sanctify them by the truth; your word is truth."
But the world in rejecting Jesus has rejected the truth. No sooner that Jesus was taken up after resurrection that the world had taken back what belonged to it and the church had compromised. Unlike the personality in Simon's song who recognized and rejected the call of the devil, the world recognized the voice of the devil and had embraced Lucifer. The battle for the heart of the world between Heavenly powers and Lucifer began as soon as Lucifer was expelled from heaven. It began with the game Lucifer played against the first couple in the garden of Eden, the disrespect of God's command by the first couple and the consequence.
Merciful God sent his only son as an atonement for the sins of the first couple, although the curse remiains everlasting for those who refused to follow the path of reconciliation set by Heavenly powers. The first annoyance Lucifer and his followers had against God's plans was that Jesus calling himself a child of God. After Lucifer got Jesus through Judas Iscariot, Jesus Christ's ministry reinvigorated on the of the Pentecost. Schism soon set in the Apostolic ministry with the Lutheran Church and the Anglican Church. The reason for the emergence of the Lutheran Church traceable to the roman Church fathers love of the flesh as discovered by Martin Luther on a visit to Roman from Germany. And the Anglican Church emerged from the wish of King Henry VIII to divorce and marry again.
God has always fought his own battle. He fought his own battle when he made Constantine the first Christian emperor in Rome against adversaries. Cleansing the church and removing those who are obstacles to its progress is not beyond him. I have always subscribed against a destruction that will end the world. But the direction of the world's journey, abandoning the way of God to embrace Lucifer in all its ramitification is creating fears in my mind that it is possible the world is traveling toward a dangerous precipice.
The minister of God no longer care about the sheep. The sheep is expecting the minister to conjure what he has no power of providing; and the minister is promising heaven and the earth as a way to get what he wants at the expense of the sheep. The consequence is that the sheep is drifting and the result of continuous drift is real with stories of more and more ministers of the church accused of being pedophiles or engaging in worse evil in search of the filthy lucre.