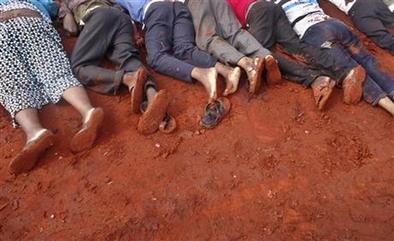 28 Kenyans were reported killed by Al-Shabab gun men on Saturday in Mandera County of Nairobi, near Kenya and Somali's border.
The bus conveying the victims on a journey to Nairobi were stopped by the gun men, who separated the travelers to Moslems and non-Moslems; identified non-Moslems through inability to read the Koran and falling shot meant a shot on the head, the BBC reports based on official and witnesses account.
And Al-Shabab said in a statement on its website it carried out the killings as a vengeance for a raid on Mosques in Mombasa.
NEWS AND FEATURES
News & Features Around The World