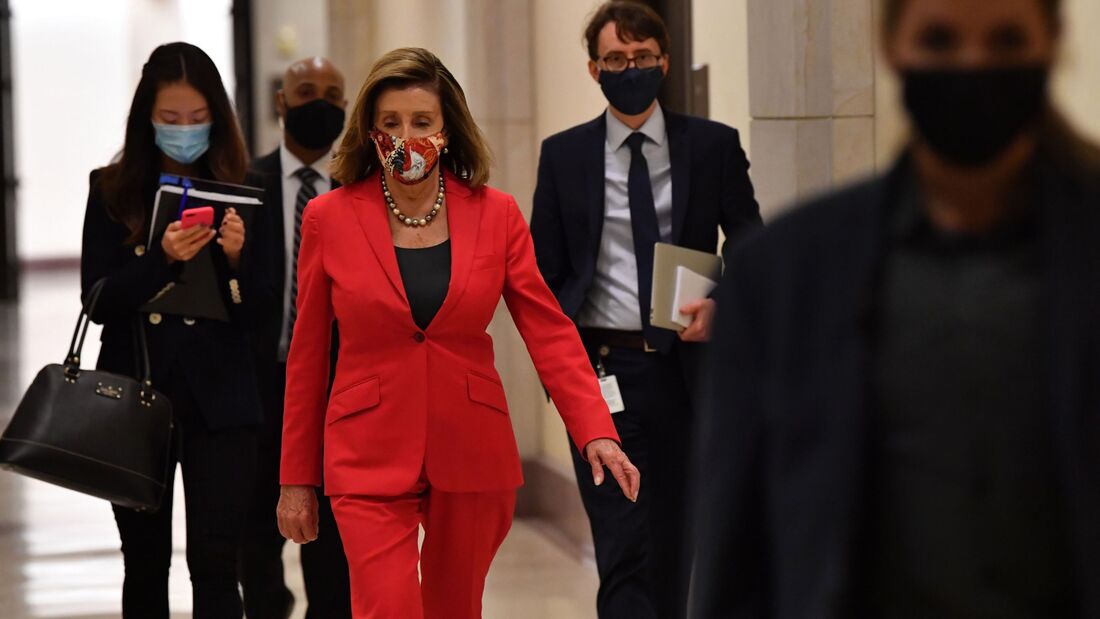 Nancy Pelosi and members of her staff
Members of the United States House of Representatives and the Senate took the oath of office in Washington on Monday for a new session amid developments that seems like a science fiction over the last elections. Obviously, the seemingly science fiction aspect of the elections has pushed the United States into the rank and file of countries with questionable election integrity.
The damning development had begun with the election of President Donald Trump who was wrongly accused of help from the Russians and resulted in a long period of inquiry to verify his Russian involvement or otherwise.. Now, the unbelievable development over power struggle has crystalized into a fully blown fiction like scenario reminiscent of Ray Bradbury's Fahrenheit 451.
Some senators are talking about the fraud in the last elections despite the fact that some states and the courts have said there is no prove of election fraud. President Trump has continued to talk about how he says he has been defrauded in the elections. Televisions have played a role in showing troubling pictures about the elections and everyone is seemingly behaving or being asked to behave nothing has really happened.
However, America being a place where matters are hardly swept under the rug, this development may likely continue to haunt the country's democracy. Although, Nancy Pelosi is favored by her caucus to likely emerge as the next speaker of the House, this does not mean there has been no fracture within the party over leadership role. The younger and new members of the Democratic Party have not hidden their wishes for a change in the House leadership. But the old guard has not given up and it does not seem will be giving up the leadership position soon.
Moreover, the new composition of the house with 222 Democratic Party members and 211Republican Party members shows that the majority of the ruling party in the house has seriously dwindled. The result of the party's loses in the last elections is bound to reflect voting in the house especially on contentious issues.
Aside from the winning of the presidential election that is now under fierce scrutiny from the loser, the Democratic Party really did not do so well in the elections when the amount of money used and the loss of all the seats the party had intended to take over from the Republican Party that the Republican successfully retained is considered.
It is welcoming America to the rank and file of the Third World countries, where the integrity of elections is rarely trusted and the parties argue from court to court overturning election results and reinstating election results. It will take some good work for America to get out of this fixture of struggle over who wields the power in Washington, since majority of Democrats approve the election results, and majority of Republicans think otherwise.
Meanwhile, campaign for the runoff elections for two senate seats in Georgia is going through the last push before the election on Tuesday, which both parties hope will favor them toward gathering more power.  Whatever happens about which party has more power would be known by Wednesday morning, latest.
Comment Form is loading comments...
NEWS AND FEATURES
News & Features Around The World