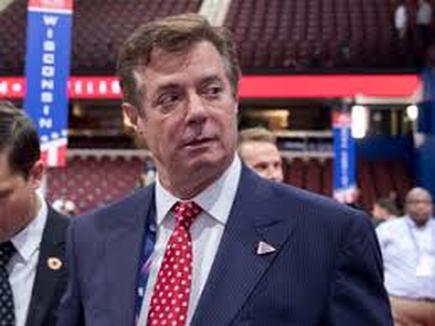 Paul Manafort was removed as campaign manager of Trump Campaign organization amid struggle to overcome the Republican Party's acceptable candidate. He was not Trump's first campaign manager and he was not not the last.
America's is a land of the rule of law, which prompts investigations, whenever there is a suspicion of encroachment on the rules of engagement.
It is not a surprise that almost one year into President Donald Trump's presidency, there are still news reports in connection to suspicion and investigation about likely Russia's attempt to influence the presidential election - lost to Trump by Hillary Clinton.
Paul Manafort, one of the former managers of Trump's Campaign was reportedly charged for offenses related to money laundering along with one of his associates, Rick Gates, and not about the alleged Russian collusion to sway the election in favor of one candidate against another.
Another report said that one of Manafort's right hand man, George Papadopoulous, who was also on the Trump's campaign as a volunteer, had earlier pleaded guilty for 'dirt' on Clinton and lies to the FBI. A Russian professor said to be closed to Kremlin was mentioned, but no clarity about who the identity of the professor and how close to the Russian seat of power.
When the news of the possible indictment and possible arraignment in Joseph Mueller's investigation into the American Russian alleged entanglement came up at the weekend before the Monday's appearance of Manafort and two others in a court room, there were all sorts of who the persons affected might be. The Monday's court of appearance of Manafort on money crimes relating to laundering put an end to the speculations.
The public had expected to hear something about Russian alleged interference in the elections and not crimes relating to money laundering and Ukraine. The mention of Russia and the dirt against Clinton with a mention of Russian professor and the Kremlin, which should have had more importance in relation to Russian alleged collusion was placed second in the order of relevance.
Perhaps, this development gave the White House, especially President Trump, the ability to say that the charges against Manafort and his associates failed to prove any act of Russian collusion in the election. Did the charge against Papadopoulous say anything about alleged Collusion? It only said something about dirt on Clinton lies to the FBI about the time he said he met certain undisclosed Russians.
As long as the special counsel Mueller is still in place and the work unfinished, the stories about America's Russian entanglement will continue to assail our environment with media frenzy, speculations, arraignment and charges. It is uncertain if the stories will ever touch where the public expects it.
The lesson from manafort and his associates' cases is that whatever one is doing, avoid money laundering and lies. The lies can lead to perjury and punishable under the law. Being charged for perjury is not a prove of a more serious case coming after it. Perjury is perjury.
Comment Form is loading comments...
NEWS AND FEATURES
News & Features Around The World