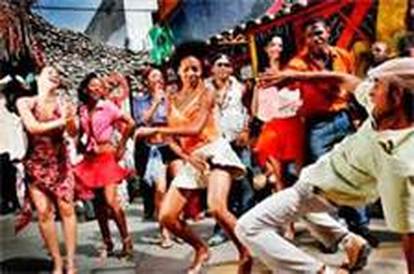 People likes music for different reasons, just as people’s love of fashion differs.
There is hardly anyone alive who will claim not to love music and dancing.
Some people know why they love the sound of it, others just love it because it
is a part of humanity which no human can divorce self, unless such one is a
sadist. Some music lovers say music helps them unwind and displace any
thought that stands between them and joy, a reminder of King Saul in the
scripture.
King Saul was in bad mood, tore within himself and sought his attendants to
seek out anyone who had the gift of music who could help restore his sanity. A
young lad called David became the beloved, and his discovery by the palace
marked the beginning of his rise to stardom. Was it any surprise that major
musical development had its source in the palace before the Renaissance?
Musicologists believe there was something in music that made the royalty and
the wealthy to have made enjoyment of music its preserve and patrons to early
artists to the exclusion of the poor. But the rebirth, the new commerce and
access to money made music a staple for both rich and poor. For
Count Orsino in Shakespeare’s TwelfthNight, music was to him the food of love
he couldn’t have enough.
For Flores Diogenes, security officer with Universal
Protection Service, he says, “When I listen to music, I feel relaxed and my
stress goes away. It is why I love Romantic music for its inspiration that helps
me express myself to the ladies.”
Some guys, about five of them say they are from Myanmar and that they love
mainly metal music with percussion, and chorus their response in a musical
tone all in one accord, in response to GP’s question.
Another guy apparently coming out of his office and rushing to catch the train
says music makes him think, spiritual to him and helps him relax after a day of
hard work. He says music motivates him, and when it is soft with
instrumentation.
Some others say music evokes different type of moods; kindles their dancing
feet and engenders creativity and beauty in the sub-consciousness, speaking
to the soul. Some express love for contemporary music, others say old time
tunes serve them better. Yet others will have nothing to do with the city noise
they say some call music, but will always prefer listening to the village ballad
that opens windows of wisdom.
Observers say whether the city music or the village ballad, the love of music’s
result is musicians of all genres have continued to make it big in term of income;
recognized for their compositions and have been mostly household names.
Some are nostalgic that there cannot be another Elvis Presley, another James
Brown, another Michael Jackson, another The Beatles and another John Lennon.
Others cannot forget about their village or town music stars as incomparable to
any other. But there is a consensus that there will always be music for
entertainment.