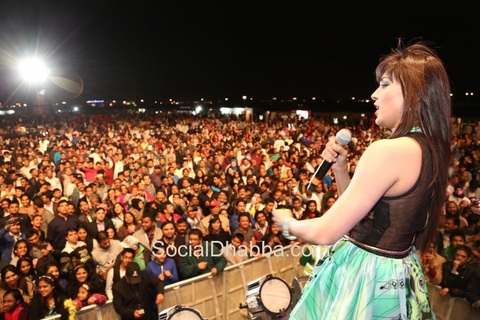 A good example of New Year celebration around the world
﻿   "Hello, good morning. I am the new year 2015, please open the door and let me enter." This is how the coming year is currently making a request in the minds of millions of people around the world. It is an annual ritual and a cycle without an end. It will continue as long humanity exists.
Have you opened the door for the new year or you are waiting to complete buying all that you have power of getting from the stores before paying attention to the knock on your heart? Some have already started saying "Happy New Year" immediately after the Xmas celebrations. While some are waiting for the passing of 2014 before they will open the door for 2015.
It is certain that just like the new year is knocking the door, so do we have several doors we are going to be knocking for new ventures in our lives. There will be strive to complete uncompleted projects; there will be efforts to make difficult relationships work and efforts to realize hidden potentials.
New stars will be born and made. New songs and movies will be released. New books will adorn the libraries. New scientific discoveries will be announced as well as triumphs. New songs and movies, just like some are being announced, others will come later. Some will be unlucky to become victims of hacking and others will not.
Some will become known by winning the Oscar, the Pulitzer or winning professional recognition. New leaders will emerge with abracadabra of leadership. There will also be new worries politically and economically amid new momentous. Remember that no one knew Ebola will ravage part of West Africa in 2014, just like the Tsunami of ten years ago in the Asian countries.
Stars are born and they rarely live forever. Michael Jackson was once here. James Brown was once here. John Lennon was once here. They are no more, and new stars have risen, working hard to achieve same stardom. We now have new names like Beyonce Knowles, Miley Cyrus, Justin Bieber and a host of others.

﻿
These stars are Americans or live in America. Every country has their own stars. Go to Britain, Nigeria, South Africa, Kenya, China, South Korea, France or Russia; you will find their own stars. And as 2015 beckons - knocking on the doors around the world - the year will bring with it, its own stars, inventions, breakthroughs and new births. Whatever has been destined to be yours will yours, and no one will rob you of whatever good tidings the new year will bring you.
You will be a star in your country and may your name be known beyond your country's borders. May whatever you touch turns into gold. Capitalism rules the world and it alone will determine what you will be, as long as the doors are open to realize your potentials and make the money. Whether you were born poor or limited in potential does not matter.
In the coming year, your dream will not be aborted, unlike the way some were aborted with the flood of Noah's days. Your dream will not be aborted by untimely death. If you become a leader, you will be a leader who will put the need of the people first, rather than your own pocket and bank accounts.
If you succeed in your endeavors, the spirit of deprivation will not visit you. Your marriage will succeed, and marriage failure will never be your lot. And those looking for suitors will find suitable suitors. You will be source of joy to your family and community. Your children will be source of joy to you and never bring you sorrow.
You will not meet with people who will trade with you and exchange your prosperity for redundancy. "Arise and shine," the scripture has commanded. You will live it.
NEWS AND FEATURES
News & Features Around The World