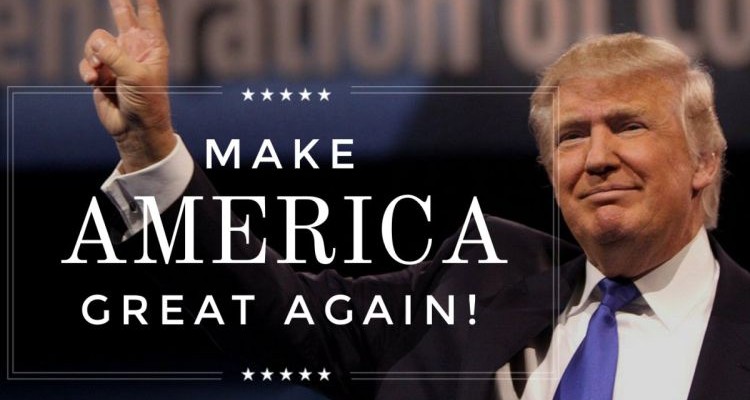 Donald J. Trump was formally crowned the presidential nominee of the Republican Party on Tuesday night , at the party's convention in Cleveland, Ohio.. With the crowning of Trump as the party's nominee against the acrimony of the past months, Trump has consolidated his hard earned victory from the party's primary elections.
For Trump, this must be a sweet victory. Many Americans will be saying at this moment that Trump has clinched the nomination and the heavens have not fallen as predicted by Trump adversaries. Many Americans will ask this moment about the whereabouts of Mitt Romney and his anti-Trump protesters. Would Romney be smiling at this moment of downcast?
The toughest moment of obstacle, which the media, both right and left, had anticipated against Trump's emergence as his party's flag bearer is over. Anti-Trump crowd have been silenced and there have been no case of the party's establishment taking victory from the owner and giving it to someone else.
On Tuesday night, the party's establishment stood united behind Trump in speeches and rhetoric. The party's elected representatives stood united behind Trump. Joy displaced anger and victory was manifest in all faces as the party help consolidated its nominee's victory.
News reports say that Ted Cruz and Marco Rubio will speak at the convention on Wednesday. The only missing person in action, who would have been expected to grace the occasion, is John Kasich, the Ohio State governor. Kasich's case represents a scenario in democracy that cannot be ruled out, as there will always be room for opposition.    Observers say that If Trump is serious about winning Ohio, there is still room and time for him to get Kasich on board his train, since winning Ohio or losing it may mean victory or otherwise in the general election. And this brings the essence of democracy into the debate. Is it a political formula to agree without disagreement or a formula for just agreeing without challenges?
Trump's rise in the political firmament may have given political pundits the opportunity needed to press home the essence of tough debate, asking serious and dangerous and making dangerous and unlikable suggestions as part of the game, and that no one should be tagged dangerous and unelectable, for asking serious questions and making dangerous suggestions.
If we all agree on an issue and there is no room for questions and suggestions, no matter how dangerous, what would have become the use of the brain for thinking and presenting ideas as part of the democratic input? Did it mean that because Trump suggested a way to curb terrorism with a temporary ban on Muslims' entry into the United States meant he hated Muslims?
Had Trump no reason for his suggestion of the idea? Is superior argument not what is needed to dissuade him against proposing a ban on Muslims? Why should he be made a renegade and outcast for floating an idea? Voters in the Republican Party know that to sustain democracy, Trump must triumph, and that to be against democracy is to follow the path of people, who have turned themselves into Trump's adversaries for his daring.
NEWS AND FEATURES
News & Features Around The World