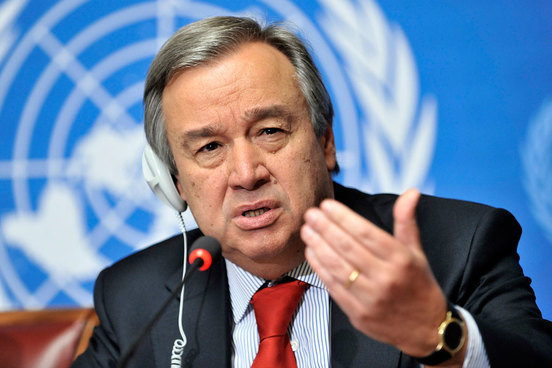 Antonio Guterres, United Nations' Secretary General
All works and no play makes Jack a dull boy does not apply to the new generation. They know how to play and work and they call it multitasking. The old school is also aware that too much work without leisure is dangerous to health.
On Monday, workers in the United States took a day off work, marked and celebrated the Labor Day. They returned to work on Tuesday.
​    Returning to work is mandatory based on employment agreement, else many would wish to be out there until the body is rested enough.
And when you ask many about why they return to work on Tuesday, they say "Money." Isn't the reason why they are working? Is there any other reason that people work? Is it not to make money to buy what we need that we work? The answer cannot be further from the truth.
Many people have said the reason they are away from their country's of origin and sweating it out in another country is to make money and not count bridges or skyscrapers. They say that if there is work in their home countries, they would not have bothered crossing the sea, spending fortunes to be whether they are now.
Of course, people appreciate governments in countries of domicile for providing the jobs and living wages, unlike the dry economic situation back home, where a person is employed and the wage is nothing to write home about. It is why, many people say, anyone is ready to take up any job far away from home to survive, because it is not the nature of the work that matters, but the amount realized at the need of every week or two weeks.
Many people say it is equivalent of madness to work and not earn enough to pay rent and other bills and be comfortable. Some cannot understand why some countries are abe able to provide for workers' comfort and others cannot. Yet, these countries that cannot have governments. They have presidents and ministers and law makers.
Sadly, most their presidents, ministers and law makers have once lived in countries, where they earn their education before returning home to lead. They promise heaven and the earth to get the votes and be in office. But sooner they are voted in that they change their tune. They will not even say the truth that they lack the knowledge to manage the affairs of their countries. Most of them that are presidents in those countries are more like figure heads.
Some smart guys are saying that the United nations should organize crash programs on provision of employment and creating enablement for employment provision, for leaders in countries where number of migrants heading to advanced countries are high. They say it is about time that leaders from these backward country be held accountable.
They should be made to care for the welfare of their people. They should be made to provide enough electricity, water, food and manageable housing. Above all, they should made to know that the reason they are in office is to help create enablement for employment provisions.
There are millions of able bodied men who want to work in their home countries, but they cannot get work, making life difficult and uncomfortable. The only solution available to them is to go abroad, whichever possible. Can one blame them? They have  no work to ask a day off, not talk about returning to work and no one cares about how they live and survive..