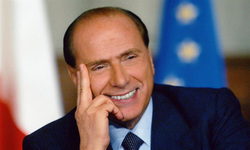 Berlusconi
A senate committee in Italy has voted on Friday to strip Silvio Berlusconi of his seat in the senate for his conviction on tax fraud. The decision will be ratified in the next few weeks.
Berlusconi said the vote to get rid of him is political and affront against democracy. At 77 years, a wealthy newspaper magnate, Berlusconi expected exit from the Italian political will leave a vacuum. Although, it is being debated that he might continue  to lead his right of the center party.
But in India, the government had withdrawn an executive order that exempted legislators from the country's Supreme Court's ban on convicts holding political office. Consequently, the decision paved the way for the conviction of Lalu Prasad Yandav, a former chief minister and a member of parliament for embezzlement. However, Yandav's family promised to appeal the court's ruling. The family said it was all politics.
NEWS AND FEATURES
News & Features Around The World