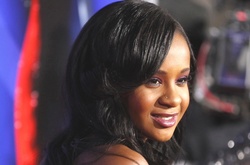 Bobbi Kristina (New York Post)
Bobbi Kristina Brown, the daughter of the famous singer, Whitney Houston, was reported dead on Sunday. She had been in an hospice for months following a fall, in a bathtub. Reports said she died in the hospice in Georgia, surrounded by family members.
The family announced that she has finally rested in the arms of The Lord, reports said. Like her mum, she also met with fatal fate in a bathtub. She was 22.
NEWS AND FEATURES
News & Features Around The World