September 11: a Day to Remember
By Abiodun Giwa 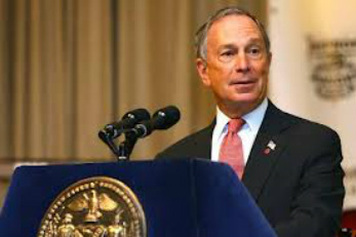 President Barack Obama and his challenger, Mitt Romney, were visibly absent at the September 11, 2012 memorial at the World Trade Center in New York. The first time in eleven years the memorial was held and president of the United State was not in attendance. Instead the president laid a wreath of flowers in another September 11 ceremony at Pentagon in Washington, while the vice-president Joseph Biden, attended a separate ceremony in Pennsylvania.
Non attendance of the ceremony in New York by the president represents a major policy shift. Last year, Barack Obama and John McCain as presidential candidates both came to the Ground Zero.
In New York, Gov. Andrew Cuomo of the state, Gov. Chris Christie of New Jersey, Mayor Michael Bloomberg of New York and a former mayor of the city, Rudolph W. Guilliano were in attendance. Newspaper and televised reports said these politicians deliver no speeches.
Non attendance of the ceremony in New York by the president and probably his challenger was said to have been caused by a need to avoid political coloration of the event. And the New Times reported that the decision was an idea of Mayor Bloomberg.
Although members of the public view the decision to bar politics from the ceremony and attention focused on those remembering their loved ones appropriate. However curious observers feel that to bar politics from the ceremony at ground Zero is itself a political decision. They say that if politicians have been bared to remove politics from the air at the ceremony, Gov. Cuomo, Christie, Mayor Bloomberg and former mayor Guilliano shouldn't have been in attendance.
Since Obama attended a ceremony in Washington, Biden in Pennsylvania, it couldn't be wrong to view the absence of Romney at the ground Zero as a political manipulation to deny him desirable public attention.