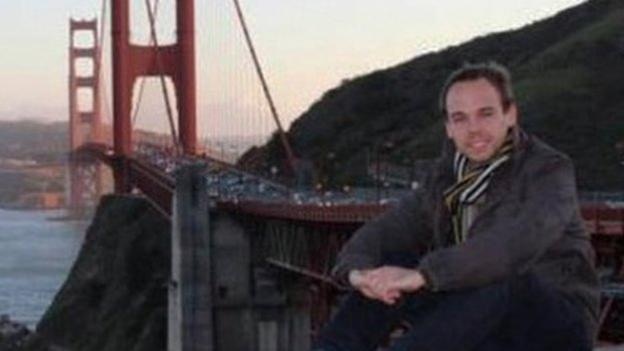 Co-pilot Lubitz - what went wrong with him to have committed suicide (Courtesy: www.bbc.com?
Investigators of the crash of a German Airbus in the French Alps on Tuesday are working toward establishing whether the co-pilot may have have committed suicide, killing himself and the entire passengers on the flight.
Reports said that the 27 year-old co-pilot, Andreas Lubitz, locked out the Captain from the cockpit, and that the Captain knocked on the door softly to gain reentry. But when there was no response to the soft knock he banged heavily on the door.
The scenario points to yet to be established trouble between the Captain and his co-pilot. Why would a co-pilot lockout his Captain? Was there a feud between them? Or could it have been intentional suicide arising from an issue between the pilot and his co-pilot? Why would the co-pilot deliberately locked out his Captain from the cockpit without an issue between the two?
When available information from the investigation reports are pieced together and the mechanism for locking the is considered, it becomes manifest that locking the the Captain out of the cockpit may have been a deliberate act. And it makes the question whether the captain and his co-pilot had feud and whether the Captain trusted his co-pilot more relevant.
Observers are saying if the Captain and his co-pilot were not in good relationship or the Captain did not trust his co-pilot, he ought to have taken precautions before leaving the cockpit for any reason and leaving the co-pilot in charge of the flight. People say the bucks stop on the Captain's desk as leader of the flight and that whatever investigators are doing should be to establish why the co-pilot did whatever he he did.
As long as there is no question of insanity being raised in this investigation about whether a co-pilot could suddenly become insane enough to waste valuable lives of 150 people, the question about what to fear - terror, pilots or flying - becomes real when embarking on a flight.
People are the statement that the co-pilot t deliberate aimed at destroying the aircraft without any reason adduced seems flimsy. Wasn't he aware destroying the aircraft would consequently mean destroying the lives of everyone on board? What could have him take such a dastard decision?
Another question people have asked  is whether the personality of the Captian ought to be investigated. Was he an overbearing person? Could he have done anything that drove the co-pilot to suicide?
NEWS AND FEATURES
News & Features Around The World