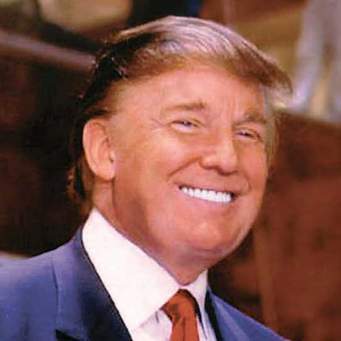 Donald Trump
Observers around the world are mistaking political developments in the United States as being in a situation equivalent of moral equivalent of war. But people who know how true democracy works say there is no war in the country, but efforts by various constituencies to assert their rights under the constitution.
The media is saying it's relevant to hold the government accountable to the people. The New York Times is doing that aggressively, while President Elect Donald Trump has countered what he said he views as wrong reporting against him.
But the media, aside from its united argument about the need to have a media pool to report Trump's activities as a president elect and that it is unconventional for him to use the Tweeter to counter wrong media reports, the ideological divide among various media houses says much about a house that is divided against itself.
For example,the New York Times went after Trump early this week with a report about disarray in Trump's effort at picking people to form a new government. Trump responded with a Tweeter, slammed  the Times' report as wrong and that his team was working hard to get on the ground running.
Just as the journalism professionals and observers argue over what will become investigative and enterprise journalism amid decision by Trump to break out of convention and use the social media like no president has done before him, the Fox News goes into digging into how fast other president elects in the past put their teams together. It is discovered that it is not late to accuse the Trump team  of having any form of disorganized act, since precedence shows that no president elect has ever put a team together in one week and one day.
Along the way, Trump supporters argue that conventions are no treaties that cannot be changed and that the change Americans are seeking is here with changes to conventions the media wants maintained. They point to sacks and changes by the Trump team in moving people around as signaling a return to an era of accountability and effort to avoid appointing people with issues and baggage, capable of branding him as belonging to lobbyists and people of shady past.
NEWS AND FEATURES
News & Features Around The World