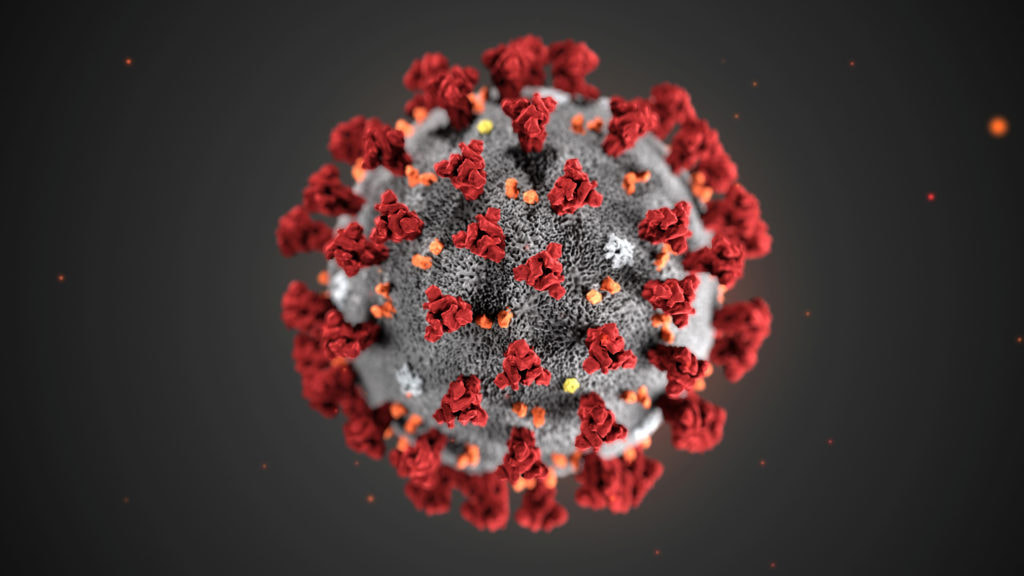 A photo of Coronavirus as shown in news reports
Virtually everyone around the world knows your name and presence around the world and that you are dangerous and deadly. People are doing everything either humanly possible or beyond human imagination to avoid encounter with you, since any encounter with you can lead to a disastrous end, because you are seen as a killer and that you are roaming around the world seeking people to kill.
You cannot argue and win that you are not a killer because the data is there to show you what you are. You began your journey in China where you reportedly killed almost 4000 people. You moved from China into other parts of the world and the number of the dead from your encounter is a little over 18,000. You have killed over 6000 people in Italy alone.
You have continued your killing spree in Spain, United States, Iran. and other countries. There is hardly a country you have not killed. Your ability to end life in a twinkle of an eye has made people to begin running for their lives. You have confused governments into decisions that are counter-productive to economies all in the name of saving lives. There has been an introduction of social distance culture in which people are asked to keep distance from each other on the street, places of work and neighborhoods. There is endless competition about lock down from city to city and country to country.
People now act like utter strangers towards their family and friends. No shaking of hands in greeting. The touch by elbows and the feet have replaced the normal way of greeting. Quarantine has become a common way of life. Mayors have threatened to quarantine cities. Governors have tried to quarantine cities. Activists have told presidents to quarantine entire countries. Entire countries have actually been quarantined. Self quarantine is so popular that people go into self quarantine at a short notice. Hospitals are inundated and overwhelmed. Economic situations around the world have been overturned and almost collapsing.
A respected man of God in Nigeria has reportedly released a recorded message, either true or false, telling his followers and the world to get ready for the rapture. Another man of God from the same country has said that you would not live beyond 27 March, 2020. Everyday, a governor in New York City cries out in search ventilators to save lives. The governor is getting ready for the worst from you like a lame that cannot be killed by  a war announced ahead of time. People watch the Dow Jones economic index in the United States, and seeing how they are losing their retirement savings, they are at their wits' ends. You have been described as unseen enemy and a moral declaration of war against humanity.
The Italian president, in utter dismay and seeming resignation to fate, has declared his choice to look into the sky than humans and science, battered by the greatest loss that has shocked the world. Ironically, no one knows from where you have emanated, other than that you your killings have begun in China and have spread to the other parts of the world. Early news reports said you were from the seaside area of Wuhan in Hubei province of China. But some sources in China said the United States military planted you in Wuhan. But the U.S. President Donald Trump said you are a  Chinese virus because you emanated from China and that the U.S. military has no hand in your emergence. The Iranian Khameini has repeated the allegation of an American connection about your origin without any proof ignorant that the world has advanced beyond the level of anyone making an allegation without a proof.
I want to ask whether you are just like an ordinary germs but more powerful than ordinary germs. Or are you a biological agent capable of sniffling lives out of humans at a short notice as we have noticed? Are you a mere virus from the dirtiness of Wuhan or developed in a laboratory? Listen, you cannot hide forever killing innocent people. Many people are already asking God for your source and who your are. The world is up in arms against you, Your life may soon be terminated, because the world has no place for your type of evil and wickedness. Your end is near.
HTML Comment Box is loading comments...
NEWS AND FEATURES
News & Features Around The World