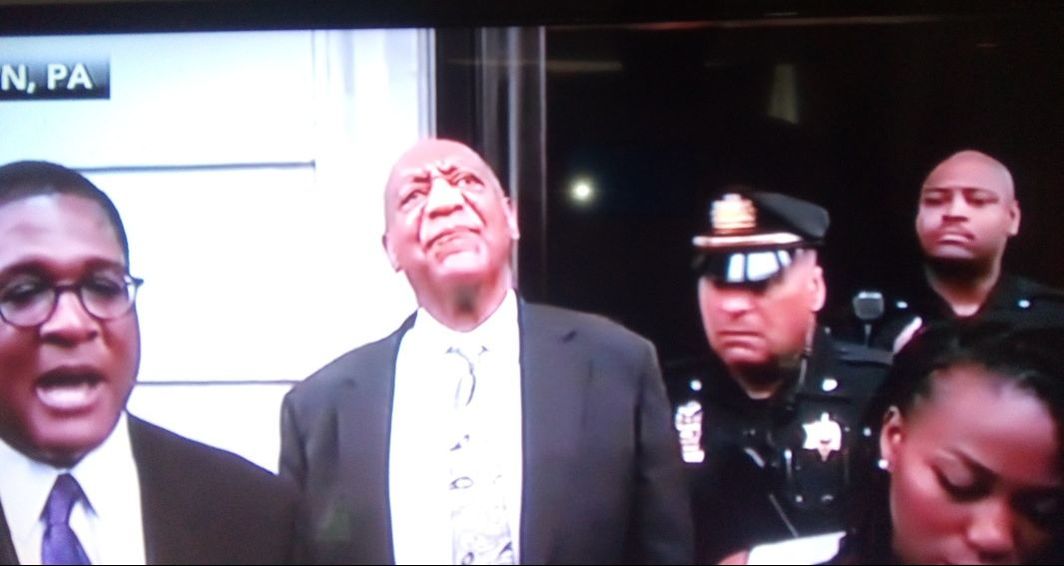 Bill Cosby walked of a court house in Pennsylvania on Saturday following declaration of a mistrial in a sexual assault case against him. Cosby's victory is seen as temporary, because the prosecution has promised to seek a retrial.
Observers see Saturday's outcome in the court room after 50 hours of deliberation, hung jury and mistrial as a temporary reprieve for Cosby, marking an end of  a week long visit to the court room and uncertainty. Notwithstanding that the district attorney, Kevin Steele, has announced an intention to seek a trial.
Many people are already talking about the cost of a trial and the long process of getting the court to agree to a retrial. But it is manifest that the jury did its best. And that it is upon the jurors' result that one of Cosby's female assistants  may have based her statement of the victory of the truth over what she terms conspiracy and falsehood against her father.
Cosby's assistant, Andrew Wyatt spoke about restoration of power and legacy, while the defense team said that the case is not over yet. However, emotionally, there was joy in Cosby's camp and the opposite in the opposing camp. Although a statement from the opposing team said that the blinding power of celebrity can never be underestimated, and that justice will come.
Temporarily for now, the public has seen the end of Cosby's car arrival in the court premises, see him alight from the car with the assistance of a personnel, who also help Cosby put on his jacket.
Cosby is said to be legally blind. He will be 80 next birthday. He walks using a stick and assisted by Wyatt holding his arm. Cosby is undoubtedly a celebrity with enormous family and community connections. But Cosby's connections as a celebrity may have nothing to do with the outcome of the hung jury and mistrial.  It has brought a debate about what constitutes a rape and what does not, and what constitutes consensus and what may not. About what is reasonable doubt and d what is not.
The case also reminds the public about something humans have control over their lives and others which they don't have control. One of such things humans have no control is fate. It is fate that a man and a woman who has relationship in the past are out in the open accusing one another of rape and the other saying it is not rape or consensus.
It is fate that Cosby, after a successful life, is dragged back into a court room to legally clear himself of an accusation capable of destroying his legacy from indulgence and enjoyment of the past. And that he is not confronted with just one accusation indecent sexual entanglement, but about 60 of such accusations. A reminder of an episode about sex and the city
Although, many people are saying that it is too early for Cosby to celebrate, people are equally saying the prosecution has a tall job to do to convince the court to bring the case for a retrial.
NEWS AND FEATURES
News & Features Around The World