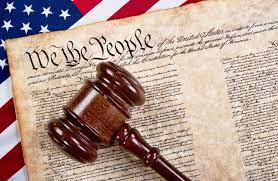 Nelson Mandela's daughter and South Africa's ambassador to Denmark, Zindzi Mandela, died on Monday at a Johannesburg hospital at the age of 59. No statement  about the cause of death has been given.
The first question people ask on hearing about her death is about cause of her death. But every news report of her passage say no cause of death is known. Even, President Cyril Ramaphosa of South Africa on a statement about her death mentioned no cause of death.
Observers are asking questions about what may have killed a bubbling young woman at the peak of her life, especially at a time that people are dying all over the world from Covid-19, and reason for objection of the cause of her death omitted from news reports .
Is it that the hospital where she died in Johannesburg has not issued any statement of death? It is certain that if the hospital has issued a statement to the family, the family will not keep it away from the public. Curious observers are trying to make up the cause of death as possibly Covid-19, but there is nothing to show that Covid-19 has played a role here.
South Africa has 272, 242  Covid-19 cases, according to worldometer. The country has recorded 4079 deaths from the virus. The worldometer report of Cobid-19 deaths for Monday will not be available until Tuesday.
It is not known how long Zindzi was hospitalized in Johannesburg. Since she was the country's ambassador to Denmark, it is instructive to know why she was not hospitalized in Denmark, where she would likely have received a better treatment. Unlike South Africa, Denmark has recorded 609 deaths with 12,946 cases in total.
Zindzi is reported as the youngest of Mandela's children. News24 reports that Zindzi's eldest brother, Madiba Thembekile, died in a car accident 51 years ago, and that she will be mostly remembered  for her rousing address at a gathering in Soweto in 1985, where she read her father's rejection letter to PW Botha's offer of release on the condition that her father renounces violence.
Comment Form is loading comments...
NEWS AND FEATURES
News & Features Around The World