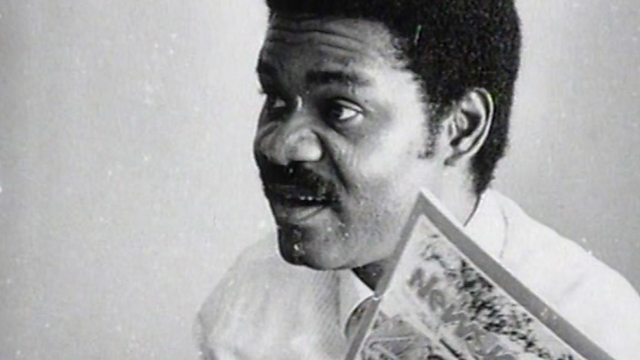 Dele Giwa
My father died in 1977; his death was painful, very painful because he died after he had worked so hard to show us his children a path of hard work and dignity, but he did not live to enjoy the fruit.
Nine years later, I lost my eldest brother, who was a journalist to a bombing assassination. He was 39 and at a point in his career that the family thought that our father's hard work was being rewarded, my eldest brother being the only one he invested in his high school education.
My brother's death was more painful to me than my father's, for obvious reason of the nature of his death and he was far younger than my father.
If my father and brother's death were painful, or the latter was more painful than the former, six years later in 1991, after my brother's assassination, I lost my eight month old daughter, Elizabeth, to pneumonia, worsening my feeling about the pain and the feeling of loss to death.
The tender age that death took my daughter may have made her death more painful than my past experience about death. Death makes me to become cognizant of the emotional  investment I have in each of these relations as they either leave through natural death after a short time of illness or were forced out by murderers.
By the time my mother died in 2012 at the age of near 90, I seemed to have conquered my fright about death. it wasn't that her death wasn't painful to me. it was painful, because it happened at a time that I was making a stride my aspirations, and my mother had expressed her joy about my height to the attention of my children when I visited her last six months before her departure. Perhaps, my mother and daughter's death respectively had a power over me. it wasn't that my father and brother's death did not. They had, but my mother and daughter had more powerful force. Could it have been because they were female like John Donne's wife was and one death that compelled Donne's writing of "Death, thou shall die", a response to the loss that the death of his wife had on him.
My mother's death was painful, but the death brought to me the love of dying at a ripe old age with some of your children, grandchildren and great grandchildren present to celebrate the death .It was at my mother's funeral in February 2013 that I first has a closer interaction with Hannah Omomole. We first met in  June 2012, when I visited Nigeria after a 10 year stint in the United States. visited me in the company. She came along with her younger brother, Oshornor. Being in the presence of my mother and other family members, we had little interaction. she and her younger  brother traveled in my car along with some of my children and we dropped them off at an area in Ikorodu, where they lived. At that time, my mother lived with my youngest sister, Abiba, in Ikorodu.
Before Hannah and Oshornor got off the car, they gave me their phone numbers and I gave them mine. We began to communicate, more with Hannah than with Oshornor, because anytime I could not get across to my sister - her mother , she was the one I called and she would deliver the message or get her mother to call me. At my mother's funeral, she came to my room and conversed with me, my wife and three of my younger children. She shared her sense of family belonging. She expressed loath for people who love money than their family members. She was down to earth and would call anybody's bluff, careless of the filial attention and material benefit she could lose as a result. She demonstrated joy and a sense of satisfaction for being a struggling young woman.
What I saw in Hannah was what I expected to see in young people who aimed to conquer difficulties and seeming sense of impossibilities that poverty and government inattention to youths' aspiration had caused. I did not see death in Hannah, probably because she was young. I saw in her a future for the family. I saw her dancing in front of the house with such unlimited joy, when all the grandchildren and great grandchildren, who attended the funeral began a mini-party in the sitting room. She may not have been aware that I watched her and that I had a great impression about her.
Tunde Giwa, my immediate elder brother, said immediately after the news of Hannah's murder that it was the next bitter experience the family had with death after our brother's assassination in 1986. After his statement, i Have tried to find out whether the family has a history of members getting killed before our own time. I cannot remember my father or mother relating any experience of family members falling victim of murder. My eldest brother's assassination was the first experience  and now followed by Hannah in the hands of organ harvesters.
It was why the information that she was killed in Lagos devastated me, just like my eldest brother's murder did in 1986. The same way that my daughter's death did in 1991 and my mother's death did in 2013. Each of these deaths and murders reminded me the death of my father in 1977. My father's death was more painful, because he worked so hard, but he didn't live to enjoy the fruit of his labor, his absence so early caused lack of necessary moral guide in the family and one of the reasons I believed caused my brother's assassination, whose trouble began with his employer over a woman who became his last wife. And his employer got his own trouble seven years later in his pursuit be president.
NEWS AND FEATURES
News & Features Around The World