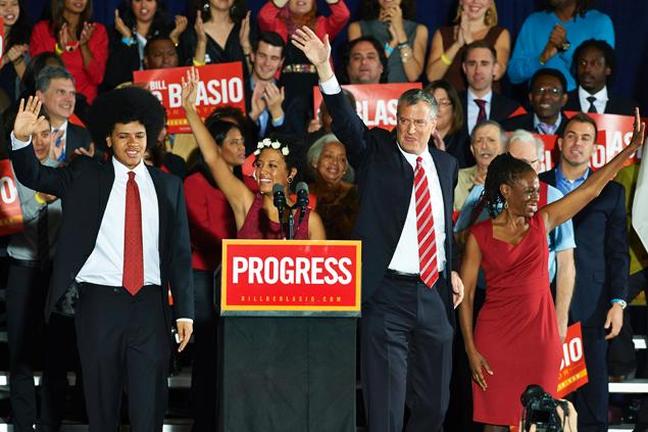 Bill De Blasio was elected the new mayor of New York City yesterday. It has been celebration galore for him and his supporters.
He succeeds Mayor Michael Bloomberg who is leaving after 12 years in the saddle. The new mayor is expected to move into the Grace Mansion - mayor's official residence - with his awesome family.
De Blasio scored about 8000 in the votes and Lhota came behind him with 5000 votes.
Essentially powered to success by his family and lovers of the appearances of his wife and children with him on the campaign trail and his own tale of two cities, he is expected to make the family and improving the lot of the less disadvantaged the cornerstone of his administration.
New Yorkers look forward to changes that it will begin with the new mayor moving into the mayor's official residence, unoccupied for twelve years of a billionaire mayor's tenure.
Widget is loading comments...
NEWS AND FEATURES
News & Features Around The World