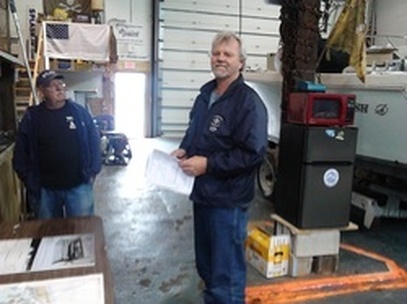 Robert Weltner and his deputy
Robert Weltner, president of Operation Splash spoke to Abiodun Giwa about the usefulness of an estuary to the human human community, the health of an estuary and what constitutes danger to it, using the South Shore Estuary in Long Island as an example.