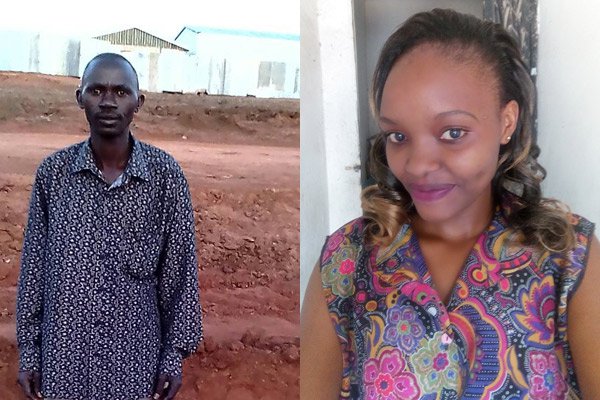 Nthenya and her father, Joseph
A young woman in Kenyan has written about how his father has done odd jobs to ensure his children's education and future.
Another father in the United States has granted interview to the media, about his decision with his wife, to end strategic patience on their son's ordeal in North Korea.
Many people have heard about Otto Warmbier, the American student who was jailed for war crimes in North Korea, but who was released few days ago, and whose father spoke to the media about their son' ordeal.
Just as Warmbier's story has been making headlines around the world, so is Nthenya Joesph's story has made a headline in Kenya through the Daily Nation, about how how her father has ensured her and her siblings education, school selling firewood.
They are stories about fathers in the front line, ensuring the welfare of members of their families, careless of the inconveniences to their own well being. They are stories that remind us of the role the fathers play in the lives of their children, defending the, protecting them and making provisions for their day to day needs, while helping to map strategies for their future. 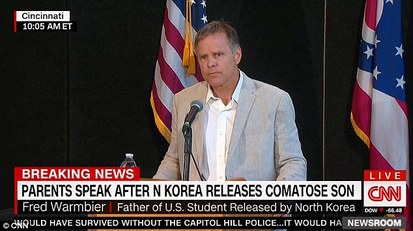 Fred wears his son's jacket. The same jacket his son wore during his trial in North Korea.
While Fred Warmbier has been busy intimating the media of the efforts he and his wife and their son's eventual freedom, he said that his wife, Otto's mother, is at Otto's bedside in the hospital.
The world had heard through Warmbier how his son was held hostage in North Korea on his into the aircraft and out of the country, and was accused of war crime. He said that  his son was on a tour like other university students, who went on tour. He has taken over the son's jacket and has it on him, while talking to the media.
Nthenya writes about her own father: "He has never had a steady job but he did any odd job that came his way, as long as it gave him something to take back home in the evening. Dad worked in people's homes and sold firewood, charcoal and anything that came his way.He was never picky. Not that he had much choice any way."
These two fathers represent good examples of many fathers around the world, and the role fathers play to make the world a good place for all of us. Therefore, should not we wish all fathers happy fathers' day, as they prepare to be celebrated by their children this weekend?
NEWS AND FEATURES
News & Features Around The World