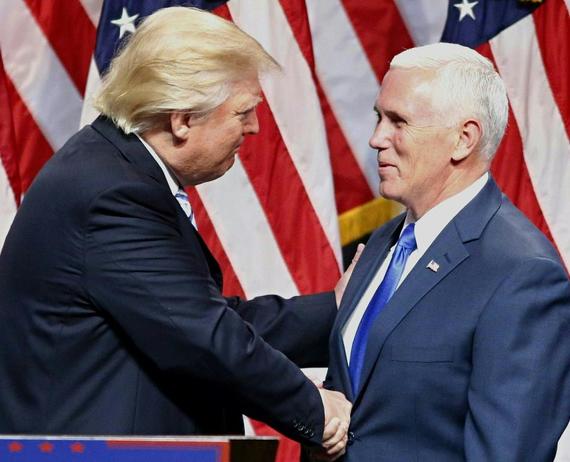 Would the election battle witnessed in the last campaign ever end? It is the question that ordinary observers are yet to find an answer.
But curious observers say it will not go away, and without mincing words said that the White House needs to come to term wit the reality that the election is far from over.
They agree that the Republican Party's base may have rallied around the president, but say the far left and the liberals are not done yet.                       They say it is the White House that must put its house in order and not do anything that will give the opposition an opportunity to do the unexpected.
The first National Security Adviser appointed by President Donald Trump resigned on Monday night, following three weeks of wrangling about a discussion, which he reportedly had with a Russian ambassador and intercepted by intelligence agencies, in connection with sanctions placed on Russia by the President Barack Obama's administration to punish Russia for interference in the election.
Michael's Flynn's resignation has opened the Pandora box of what he may actually have told the Russian ambassador. No one knows exactly what are the content of the intercepted discussion, but his own problem came from having told the Vice President he did not have any discussion with the Russian ambassador and later said he had a discussion with the ambassador, but that there were omission in his memory the first time he told the vice president he did not.
Some people are saying the president should not have fired General Flynn, believing that Flynn's resignation must have been at the president's pleasure. But the president on Tuesday said that General  Flynn was badly treated. And people are asking about what the president may have known about Flynn's discussion with the Russian ambassador or whether he approved Flynn's discussion with the ambassador.
On Monday, two faked tweets went out reportedly linked to Flynn, describing himself as being scapegoated. And the faked tweets made two top Democrats, who later apologized their missteps, jumped at possibility that the administration may have known more than they are saying, if Flynn could tweet that he was scapegoated.
Now, we are hearing that the revelation about General Flynn's discussion was leaked to the media by yet unknown people in the intelligence community and that the act is criminal. Some people are blaming Trump for having left some of the former administration personnel in their positions.
But did Trump sent Flynn to have the discussion with the Russian ambassador and did Trump tell Flynn anything after he knew that Flynn had discussion with the ambassador? These are endless questions that are awaiting answers. It is still endless and what one hears depends on the television news channel being watched or the newspaper read.
.
NEWS AND FEATURES
News & Features Around The World