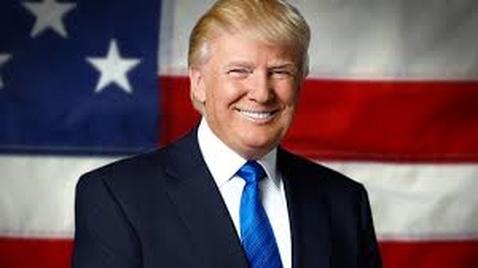 President Donald Trump
The first question many people ask on Sunday, following a court ruling, which allows people from countries affected by the new immigration order into the United States, is whether deportation clause in the new immigration order has been suspended by court, as reported by some newspapers?
Secondly, people have reasons to ask whether the new immigration order seeks deportation of migrants with valid papers from affected countries?
It is clear that with the new immigration order, American embassies and consulates in affected countries, will stop issuing visas or processing of refugees and asylees, and there may not be migrants coming to the U.S. from that part of the world, until after the expiration of the new order.
Even, legal residents in the U.S. from those countries, may have to wait to know how the new order affects their status before traveling. But stranded migrants at the airports across the U.S. on Friday as reported have valid papers to be in the country. They are not undocumented. Should they have been stopped at all at the airport, giving that American embassies and consulates abroad processed them and issued them their traveling papers?
The mix up at the airport over the new immigration order and the migrants coming from the affected countries was not unexpected. People who had feelings that the mix up could happen had asked immigration questions about the fate of such migrants who would be arriving on Friday or would be arriving shortly after Trump's signed the new order.
Consequent upon this, the Immigration has put everyone on alert that anyone arriving from those countries would not be allowed into the country, while it sought clarifications about the way to go, concerning the new order. It is not clear, whether the ruling judge, who has asked that the migrants be allowed in on the ground that they have valid papers, has sought clarifications from government or not. But people know that judges do seek clarifications from appropriate government departments, before giving their rulings.
And so, when the ACLU filed a petition before the judge, the clarification it sought may have been the reason the judge gave the ruling that people with valid papers could not be deported without any mention of the constitutionality of the new order or otherwise. And since the Trump new immigration order has not ordered deportation of people with valid papers and who have not committed any crime, such migrants already on the U.S. soil, would not have been ordered deported.
To avoid the type of mix up, which Friday's stranded migrants suffered at the airport, the office of the president and the immigration, need to have a speed in clarifying issues concerning people allowed in the country or otherwise. All that the immigration needs to do to avoid causing frays, is tell affected migrants that it is seeking clarifications from the appropriate department of government, about the working of the new order, to know whether they would be allowed in or not.
It is a simple public relations work, without flexing of muscles or demonstration of arrogance or power, because the new order does not frown against documented migrants. But giving that the migrants come from countries affected by the new order, delaying them, while seeking clarifications, before allowing them in or denying them entry, would have been in order.
The government too needs to be a little bit circumspect to know that mix up is possible, which may arise in the course of enforcing new orders by various government organs. It is why a window of about 48 to 60 hours, would have been appropriate for such a new order to take effect, after the president's signature, than using the immediate effect clause.
​      Everyone, including the media, would not been caught with frenzy, to think that the deportation clause in the new immigration order, has been suspended by the court ruling, as contained in some of the news reports on Sunday.
NEWS AND FEATURES
News & Features Around The World