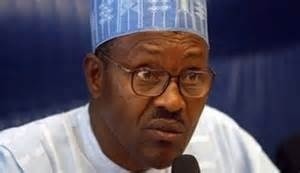 President Muhammed Buhari
﻿    The Nigerian Police Force, NPF, is expected to be boosted with additional 10,000 new hires anytime from now. The decision of the Nigerian government to hire additional hands reported early this week has become a cause for debate among Nigerians. It is believed by some people that increasing the number of the men in police uniform will help in the fight against crime, while some others  are saying it is a wrong headed decision.
"Just as they are employing some, others are leaving because of poor condition of service," Segun Ebenezer said. A female clergy who craves anonymity said that it is the way they have always been employing police men and women every year. According to her, the problem is not about employing new policemen and women, but whether they are given the tools to work, or the money allocated to the force disappears somewhere.
"How can you employ police that you don't give uniforms? These police buy their pants, shirts and boots," a respondent confided. "Community Development Associations (CDA) willing to help contribute money for the upkeep of the police vehicles in modern day Nigeria do do without bring forced."
"10,000 additional police is to strengthen the work force of the police. Millions of our youths, apart from graduates are roaming the streets. It is one big challenge for the president I believe is being addressed," Noah Olanrewaju said in an email interview about whether or not he believed that hiring 10,000 officers will also have impact on the state of youth unemployment in the country.
Abraham Eigbe thinks otherwise. "It is just a last resort and it has nothing good to do with unemployment. The rate of unemployment is far from that 10,000 and just a tip of the iceberg. I think it will increase crime and corruption. It is just another means of eating the national cake." People who agree with Eigbe say it is not employing new police men and women that will help in the fight against crime, but improving the lots of policemen and women who are already in service.
The argument is that the money to be expended in hiring new officers can be used to improve the lots of existing officers. They say in fact that the money to hire additional 10,000 officers will be too small for the improvement work needed for existing officers. They want the nation to begin to debate how to improve the lots of the existing officers and not about hiring new officers. However, advocates of the war against youth unemployment think the 10,000 new officers will reduce the number of people looking for work.
Olanrewaju said employing new officers and fighting youth unemployment are not related. But people are saying that improving the police force emolument and reducing youth unemployment makes employing additional police officers ally with efforts targeted toward reducing mass unemployment in the country.
Newspaper reports said the president wants to boost the police workforce with 10,000 recruits, and that the president had asked the Police Service Commission, PSC, to review the current structure of the police, and recommend how the problem can be solved to boost the morale of serving policemen.
Curious observers are saying that the president has hit the nail on the head on what is immediately required to turn the Nigerian Police from a bad outfit to a good outfit, but that asking the PSC to do the job is like knowing what ails a child and tells the child to help himself or herself, instead of helping the child.
It is also clear from the news reports that the plan to employ 10,000 police officers emerged as news bite from the president's meeting with the PSC. The PSC laid down what they described as impediments against police operations. It is there the president promises or tells the PSC the government will employ 10,000 additional police officers.
According to the PSC's chairman, Mike Okiro, himself a former police inspector General, said that it may take sometime for the president's pronouncement to become a reality. Meaning that employing 10,000 additional officers is still a dream, and addressing the mass unemployment among the youths isn't on the table yet. Though, giving jobs to 10,000 people could also mean a drop in the ocean, in relation to the number of unemployed Nigerians.