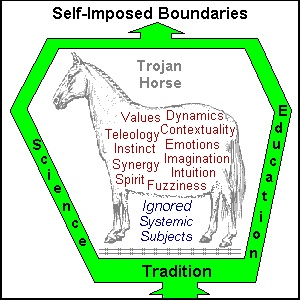 (Courtesy:www.calresco.org)
It is admissible that no human is perfect. Rather than being perfect, humans are believed as full of mistakes, mostly as a result of lack of knowledge in undertakings. The cost to lives from mistakes is unquantifiable. Thinking about humans striving to achieve beyond the scope of intelligence and the repercussion to humanity is a reminder of a book by   …. “What Got You Here, Wont Take Get You There,”  by Marshall Goldsmith. The content is about the need to never stop acquiring knowledge, as the only way to remain relevant in an era of technological revolution that is leaving a whole lot of people who cannot embrace change, behind.
It is now a fatal mistake to stop learning. The new idea is that one has to continue learning until one drops dead. This is because of an understanding that money will advance a cause to a level that knowledge will pick up. Look at incidences in countries, where politicians have mistaken embezzlement as a way of life, and look at politicians - whether in backward countries or developed countries - whose life revolves around embezzlement. Thomas Boyland of Brooklyn is unfortunately a stark example of a politician from a developed country, whose imperfection and errors are glaring.
Boyland had just been freed in a case of embezzlement after a long legal battle. He had spent so much to retain a legal team to avoid jail. But after he got his freedom, he needed money and a ton of it, to settle his legal fees. Unaware he was being watched, he went into a discussion toward obtaining millions of dollars in a way the court said was against the law. He was arrested and briskly brought to the court. He lost the earlier freedom that he gained. He is now waiting to be sentenced in a case, which news reports say may attract close to 30 years in jail. It is a fall caused by human imperfection and it is one of the troubles against humanity.
Look at what has happened in Ukraine. News report said so much about the level of corruption in Ukraine that the $37b said to have been missing with Viktor Yanukovych, the fugitive and later sacked president was a child’s play. Ukrainians thought Russia was the country’s problem. They went after Yanukovych for wishing to remain with Russia. The people thought life could be better to be with the EU. They went on the streets and clamored for their choice. Yanukovych is gone but Ukraine’s problems have multiplied. Ukrainians don’t want the country decapitated, but it is what is happening now.
The country is struggling to survive economically, because it has been stolen blind by its politicians who claim to be leaders due to their imperfection. In a crisis that requires self-sufficiency, the country is looking up to the EU and America for support. News reports say the US law makers in Washington would have to resume from vacation for Ukraine to get the $1b the US has promised it. Meanwhile, Crimea has gone. The prayer of ordinary Ukrainians is for the imbroglio not to become a civil war, where innocent lives will become fodders.
The same human imperfection has been demonstrated in Nigeria for all the country’s years of independence that instead of managing a country for it to benefit the populace, majority of the politicians act of embezzlement has become endless error. Imagine a national conference to be held at the whim of the country’s president and his exploratory committee that would cost the country almost $14,000.00 for each delegate of 492 - for three months - and just to discuss and seek solution to the country’s myriad problems. Many Nigerians see imperfection in Jonathan’s unilateral decision to commit so much tax payers'  money without giving the people the right to decide. (To be completed)